A 16-YEAR-OLD BOY has been charged with the murder of teenager Azzam Raguragui in a south Dublin park earlier this month.

Azzam, 18, was fatally stabbed in Finsbury Park, Dundrum while walking home from Friday prayers at his local mosque shortly after 8pm on May 10.

He was pronounced dead at St James's Hospital after paramedics tried in vain to treat him at the scene.

A murder investigation was launched in the wake of the killing and a youth was arrested yesterday morning at Dundrum Garda Station and charged.

The accused, who cannot be named because of his age, appeared before Judge Brendan Toale at Dublin Children's Court this afternoon.

He was accompanied to court by his father and his solicitor Jonathan Dunphy. 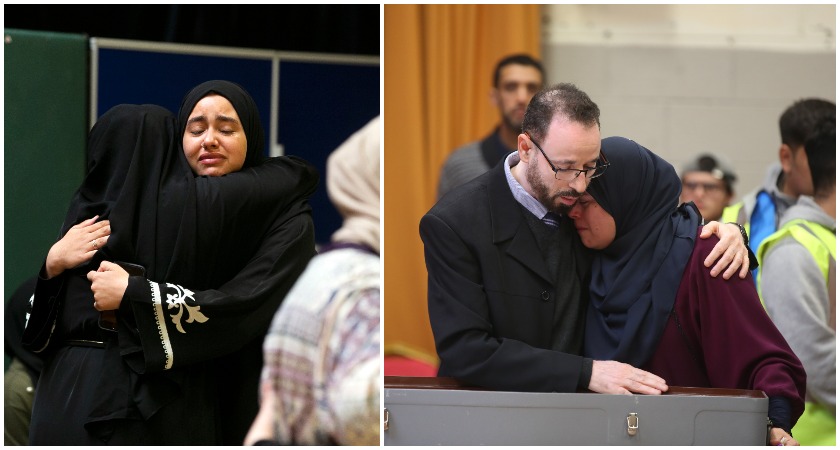 Judge Toale was furnished with a statement of the means from the boy's father and legal aid was granted.

Due to the nature of the charge, the youngster was told he would have to apply for bail at the High Court.

He was remanded in custody at Oberstown Detention Centre to appear again at Dublin Children's Court on June 5.

Hundreds of people attended Azzam Raguragui's funeral service at Clonskeagh Mosque in his native south Dublin on May 17.

The keen GAA fan was a former pupil of De La Salle College in Churchtown and was due to sit his Leaving Certificate next month at Ballinteer Community School.

His parents, father Abdurrahman and mother Hajoba, are originally from Morocco and came to Ireland in the late 1990s.