MINISTER for Justice Helen McEntee has paid tribute to the 'brave and selfless' members of An Garda Síochána who died in the line of duty.

The minister was speaking at the Annual Garda Memorial Day at the Dubhlinn Gardens in Dublin Castle on Saturday.

This year's event comes 100 years after the formation of An Garda Síochána and is the first to be held in public for two years following the Covid-19 pandemic.

Addressing family members of the deceased and current gardaí, Minister McEntee paid tribute to the 89 guards who lost their lives in service to the State.

"The death of each and every Garda member in the line of duty has been both a huge loss to their family and friends, but also to the wider communities in which they lived and worked, and whom they protected with such dedication," she said.

"I want to acknowledge how difficult it can be to be the family member or friend of a Garda member.

"You live in the knowledge that your loved one may be put at personal risk when they go to work, and I want to thank you for supporting your family members, our Garda members, in the brave and selfless work that they do." 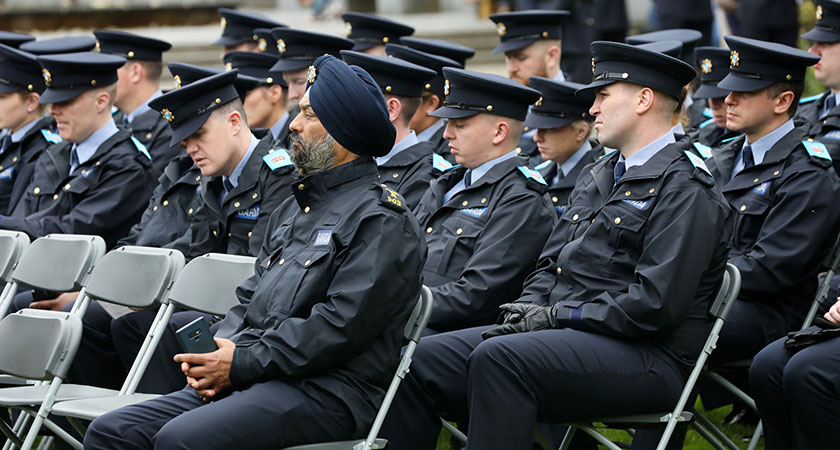 Members of An Garda Síochána at the Memorial day (Image: Sasko Lazarov/RollingNews.ie)

"These men are but three of the 89 names on the Garda Roll of Honour," she said.

"Eighty-nine lives that ended too soon. 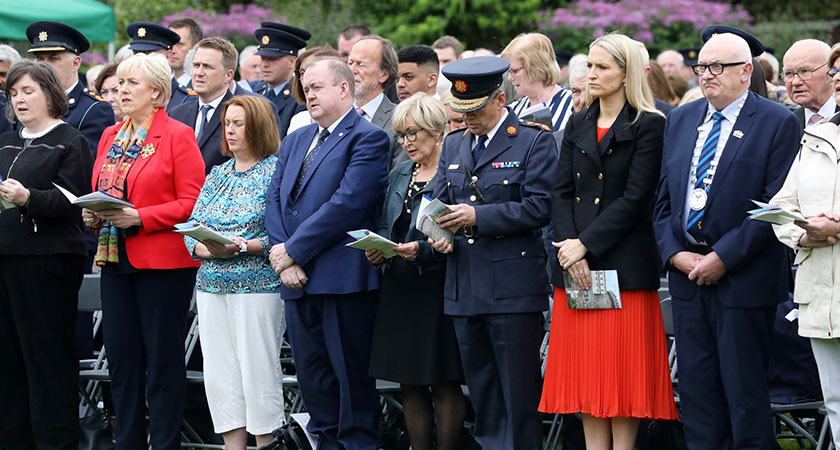 "These gardaí died in the service of the State, a sacrifice that we want to remember, that we must remember.

"As Minister for Justice, I want to reiterate my sincere appreciation to the members of An Garda Síochána who work year-round to keep our country safe."

Garda Phelan was the first member of the newly-formed Civic Guards — as the force was originally known — to be killed in the line of duty. 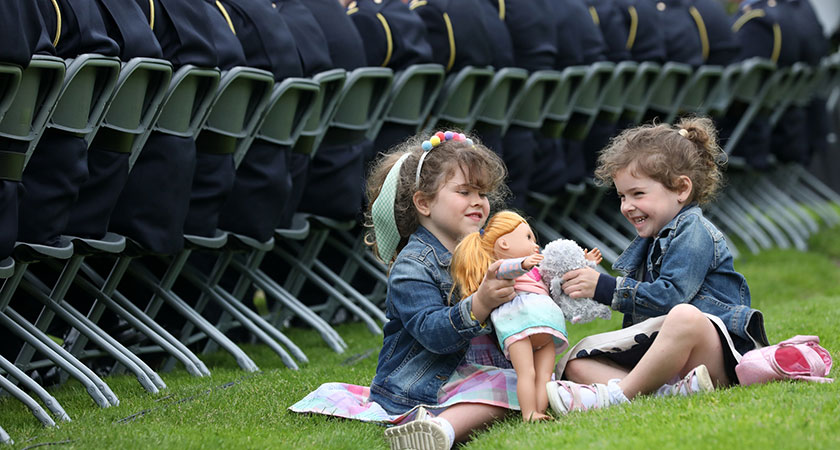 Garda Reynolds was fatally shot in February 1982 during a search of a flat following a bank robbery.

Garda Donohoe died after he was shot during a robbery of a Credit Union in Co. Louth in January 2013.

Garda Commissioner Drew Harris also paid tribute to those who lost their lives, saying their dedication provided hope to others.

"Gardaí go into the profession knowing that their difficult duties are for the benefit of society and that the rewards far outweigh the personal risk and sacrifice," he said.

"When a garda goes to work each day, they don't know what danger awaits them but they proceed regardless.

Saturday's service also featured a wreath-laying ceremony, culminating in the reading of the Roll of Honour. 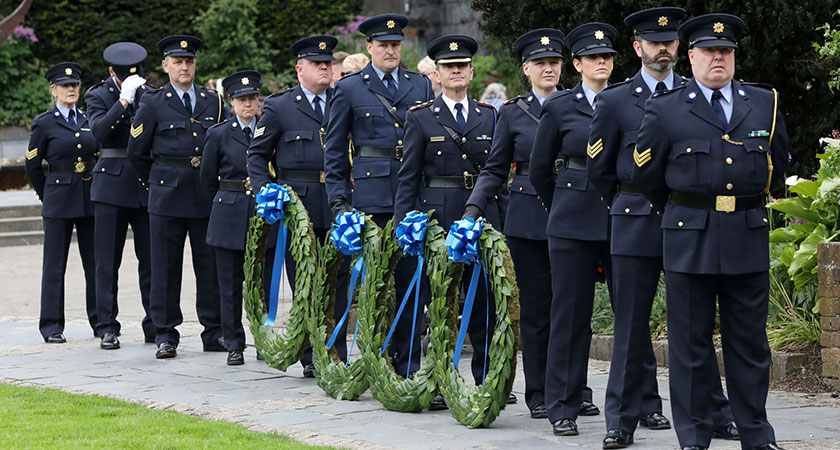