A TEENAGER put the skills she learned at scouts to use by helping to save the life of a stabbing victim.

She has since received a letter of praise from Chief Scout Bear Grylls and will attend an awards ceremony at Windsor Castle next April where she will be honoured for her bravery. 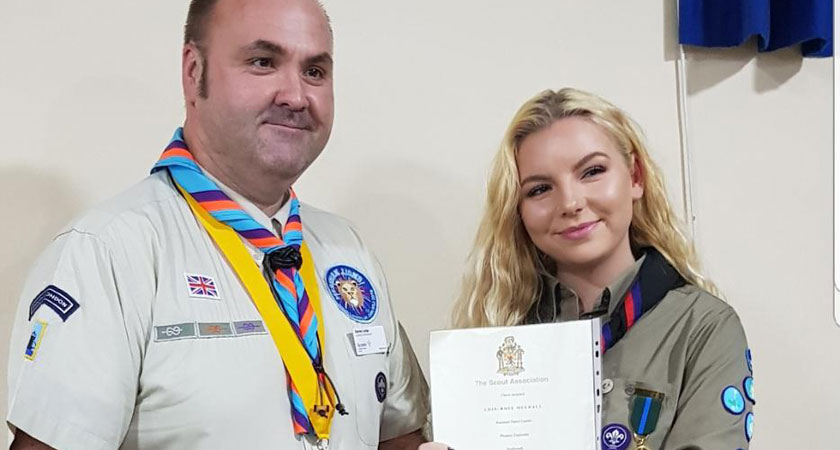 Dad Tony, whose parents are from counties Kildare and Galway, was walking the family dog Paddy when he witnessed the attack at around 11pm on November 11.

After the attackers fled, Tony managed to get the young man into the stairwell of his building where wife Joanne and Lois came to his aid.

Lois, then 16, kept her composure, showing her parents how to position the victim and stanch his wounds while talking to him to keep him conscious until emergency services arrived.

'Thank God she was there'

“I was trying to hold his neck and was frightened in case I was hurting him too much,” mum Joanne told The Irish Post.

“It was a big open wound and he was in pain.

“I was frightened to hold the wound too hard and Lois said, ‘no mum, you’ve got to really put pressure on it’.

“It wasn’t until afterwards that I thought, ‘thank God she was there’.

“She’s very grown up and levelheaded. I was all over the place!”

Lois, from the 23rd Camberwell scout group, said the training she received at scouts instinctively kicked in.

“I don’t really like seeing that sort of thing, I don’t think anyone would,” said Lois.

“But at that point I was just like, ‘that’s not the priority at the moment, the priority is to do whatever we can to help this boy’.

“You don’t know what’s going to happen and that happened to me – it’s lucky I did have the skills to do that.

“Any young kid that wants to have fun and get out of the house for a bit, I think scouts is one of the best places to go.” 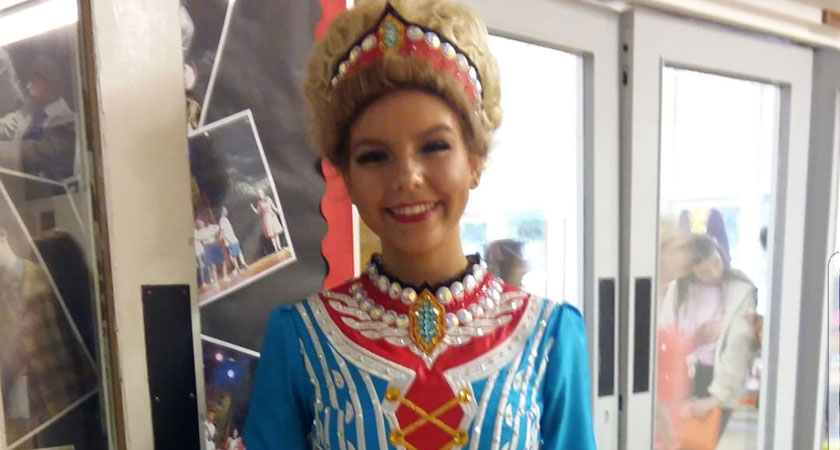 Lois, who dances with the McGahan Lees Academy, attended the World Championships in 2017.

She is also an aspiring actress, having appeared as an extra in the film Fantastic Beasts And Where To Find Them.

Family and friends have been full of praise for the brave teenager, who hopes to study psychology at Oxford to help children who have experienced trauma.

The scouts have also honoured Lois, presenting her with the Chief Scout’s Commendation for Meritorious Conduct for her swift action and cool head in the life-saving situation.