THE OPENING GAME of the Premier League season 2021/22. It’s an Historic start for the newly promoted Brentford.

They upset Arsenal, defeating Mikel Arteta’s side 2-0 in front of a jubilant home crowd.

Brentford's Sergi Canos took the lead in the 22nd minute, catching Arsenal’s keeper Bernd Leno on the near post, from 15 yards. A fairytale start!

Despite the best efforts of Arsenal, with only 17 minutes left in the second half, Christian Norgaard struck for a second goal for The Bees.

The ball had been crossed in from a long throw, which had been well rehearsed from the training field. The Dane headed to the net to secure the night's result.

In front of a capacity 17000, which gave the home team plenty of support, Brentford held on to win.
What a victory for Brentford over Arsenal!

The Home fans enjoyed the launch of their new season in the top flight, with a rendition of the club anthem Hey Jude.

Brentford were playing in their first top flight match since 1947.

A Night to remember for all at Brentford Community Stadium!

Brentford’s Kevin Patrick O'Connor was an Irish U21  who played under Don Givens in 2004.  Kevin’s father Pat is from Kerry and his mother Sheila was from Mayo .

Kevin was born in Blackburn, and his parents moved to South London a week after he was born.

Known as Kev O'Connor, he played over 500 times for the Brentford first team. With his UEFA coaching PRO Licence,  he  progressed as Brentford B and Development Squad coach up to 2018.

On 13 December 2018, O'Connor was named as Assistant First Team coach of the Brentford first team, working under head coach Thomas Frank and assistant head coach Brian Riemer. His role was described as that of "the bridge between the players and the coaching staff”.

Tonight is a night he'll relish and cherish, as a Brentford coach and Legend. 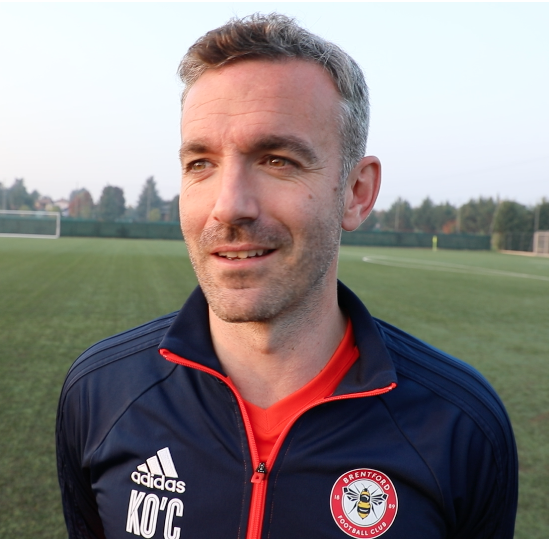