THE British Government’s austerity measures are the biggest threat to the Peace Process in the North of Ireland, Martin McGuinness has claimed.

Speaking last night (July 1) in the House of Commons, Deputy First Minister McGuinness spoke scathingly of the cuts that have been introduced by Westminster – and committed himself to working for the people in the North.

“I am not going to be reduced to the level of being an administrator for Tory cuts in the North,” he told the packed room to rapturous applause.

Mr McGuinness went on to say that discontent in the central administration was not just evident in Ireland but also in England, Scotland and Wales, saying that a “common ground” existed between the countries.

Citing last month’s anti-austerity march in London, Mr McGuinness said the problem with the British Government is seen across the country.

He also spoke of the ongoing issue of Stormont’s welfare reform debate – hopeful of a resolve soon.

“It’s not just about welfare, it’s about huge cuts to our departments,” he said of his dissatisfaction with the British Government. “We have been through a painful budget for 2015 and 2016.”

“We want to resolve the issue about welfare,” he added. 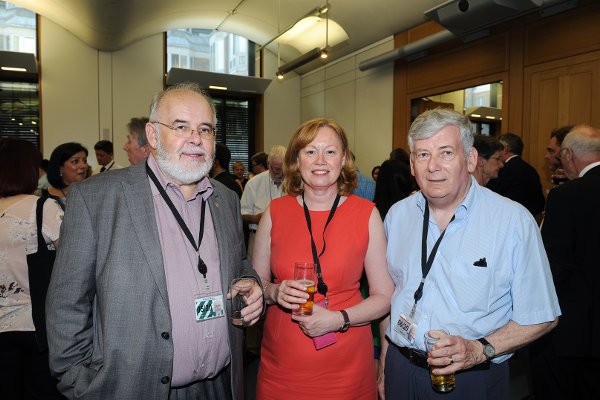 Mr McGuinness also spoke positively about the British Royal Family, commending them for the state visits in 2011 and 2015 and the contribution these visits made to the Peace Process.

“Some Republicans are angry that I met with Queen Elizabeth and are saying that it’s not being reciprocated,” he said.