Calls for resignation of Young Fine Gael president for attending right-wing conference in the US.

THE PRESIDENT of the youth wing of Irish political party Fine Gael has come under fire for his attendance at a right-wing conference in America.

Now Mr Foley-Walsh has been subject to scorn from all sides of the Irish political spectrum—not for holding his own political opinions, which is his right—but for attending the conference while holding the position of president of YFG, thereby representing the entire party with his presence.

This goes against the party he is supposed to represent: Young Fine Gael campaigned for a Yes vote in 2015’s marriage equality referendum and in 2018’s abortion referendum, and critics argue that Mr Foley-Walsh’s presence as the leader of YFG, gives the wrong impression of the party. 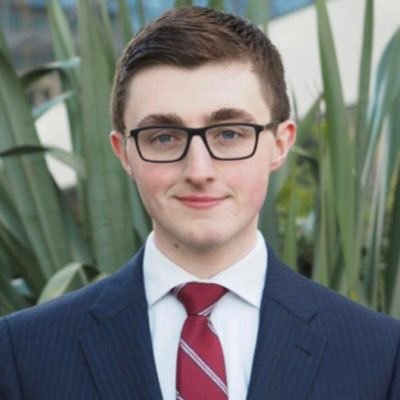 Today, an MEP for Fine Gael has called for Mr Foley-Walsh’s resignation.

Maria Walsh told The Independent.ie: “Quite frankly, Mr Foley-Walsh, given his position, should not have aligned with this conference. To support, to commit time, and to offer value by sharing an interest is not a reflection of the other members within YFG, and certainly not my own. I have spoken to several of the YFG members who also share their disappointment and outrage.”

Adding that Mr Foley-Walsh was of course entitled to his own opinion, she went on to say that “Ireland does not need the US conservative politics of hate, spin and fake news that divides and works against true democracy.”

Mr Foley-Walsh has come under fire for his views before— including his apparent victim-blaming of those murdered by right-wing terrorist Anders Breivik who killed 77 people in Oslo and Utoya in 2011.

A screenshot of a comment allegedly made by Mr Foley-Walsh regarding the Oslo and Utoya murders.

Fine Gael have yet to comment on the ongoing controversy.