Campaign to save Roscommon over plans for 7,500 acres to be claimed by neighbouring county

THOUSANDS of people have signed a petition to save part of county Roscommon, which some fear is being annexed by neighbouring Westmeath.

The Save Roscommon group is campaigning  to protect the border of the county, which may see 7,500 acres of the south of Roscommon claimed by Co. Westmeath.

A boundary review is currently being considered by the Irish Government. 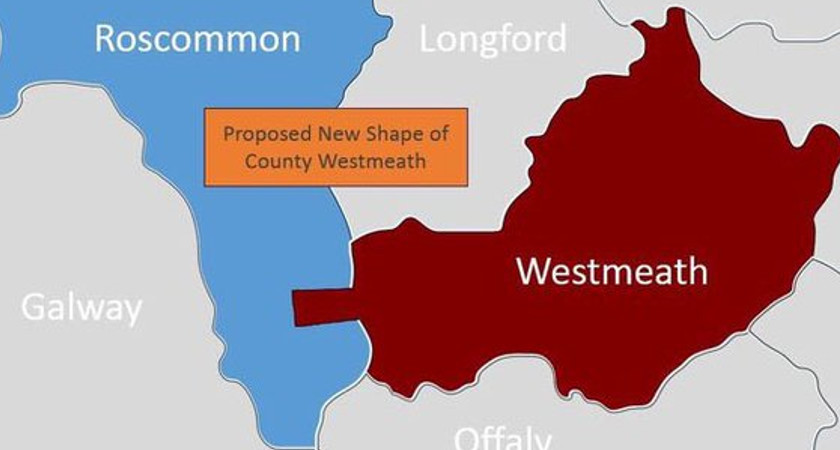 The purpose of the review is to bring all of the town of Athlone – which is split between Roscommon and Westmeath – under one county council’s jurisdiction.

A petition submitted in early February reached 26,000 signatures opposed to the move, with the Government committee deliberating on the controversial move from now until March.

The campaign was given a high profile boost by Boyle, Co. Roscommon native Chris O’Dowd tweeting about the news in January.

Just catching up on this #SaveRoscommon thing. They're trying to do WHAT?!

The committee review set up by Minister for the Environment Alan Kelly will decide whether the Monksland, Bealnamulla and Hodson Bay areas of Co. Roscommon should come under the remit of Westmeath County Council.

But if the move goes ahead, Roscommon, situated in the West of Ireland, would lose 7,000 of its citizens to the neighbouring county - about 10 per cent of its population.

It would also mean the land mass of the county would diminish by 7,500 acres.

The boundary review committee has received the petition and will debate the issue, with a decision expected to be reached at the end of March.