Juliana and Nini Weinmeister-Bisping smile after Brigitte Schmidt, a pastoral worker, blesses the same-sex couple at the Catholic St. Johannes XXIII church on May 10, 2021 in Cologne, Germany. (Photo by Andreas Rentz/Getty Images)

A NUMBER of Catholic churches in Germany have defied a Vatican order which stated same-sex unions could not be blessed.

The blessings were held on 10 May after a group of priests and volunteers said they wanted to "raise our voices and say: We will continue to accompany people who enter into a binding partnership in the future and bless their relationship.

"We do not refuse a blessing ceremony," they said in a statement. "We do this in our responsibility as pastors, who promise people at important moments in their lives the blessings that God alone gives.

"We respect and value their love, and we also believe that God's blessings are on them." 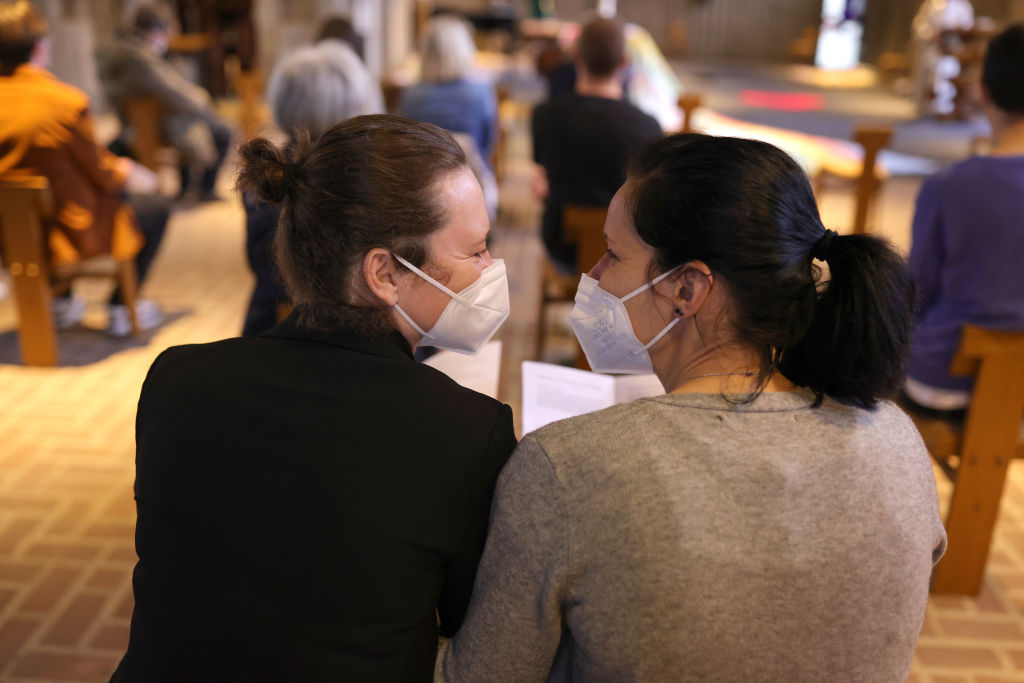 COLOGNE, GERMANY - MAY 10: Chantal Hoeffer and Ivonne Fuchs, smile each other prior to Brigitte Schmidt, a pastoral worker blesses the same-sex couple at the Catholic St. Johannes XXIII church on May 10, 2021 in Cologne, Germany. (Photo by Andreas Rentz/Getty Images)

Responding to the planned ceremonies, as reported by The New York Times, head of the conference of Roman Catholic bishops in Germany, Georg Bätzing, said that while he wished for all people to be treated fairly, "I do not consider public actions such as those planned for 10 May to be helpful or a way forward."

Parishes across Germany held blessings for same-sex couples on Sunday, 9 May, as part of the 'liebegewinnt' (love wins) campaign, with many more taking place in churches across the country on Monday, 10 May. 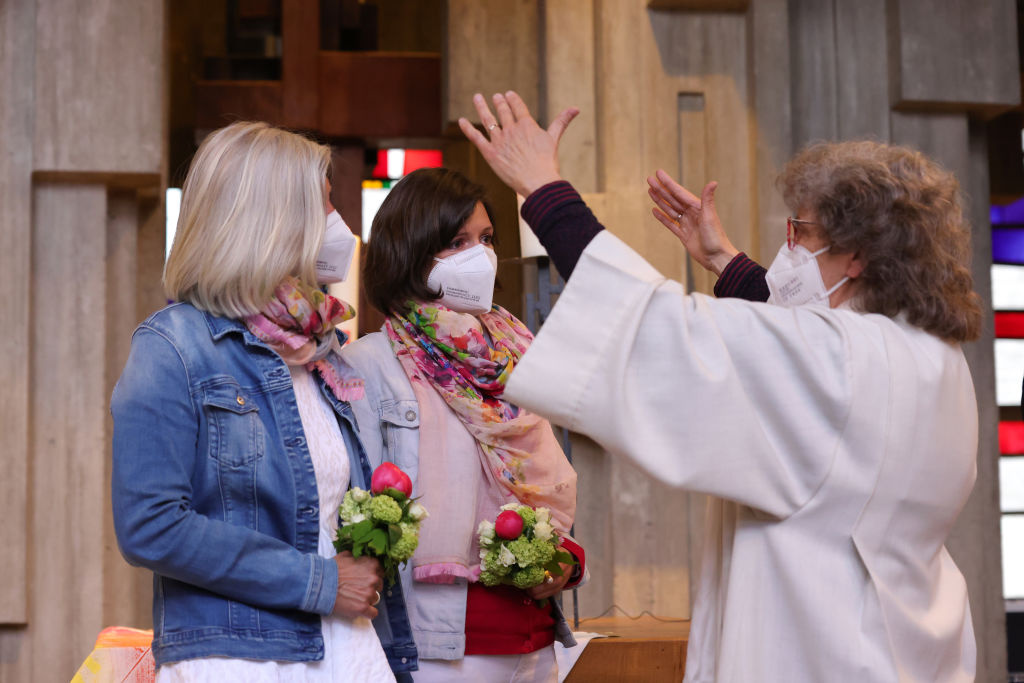 The organised blessings, from Catholic priests and pastoral workers, comes after the controversial Vatican ruling in March, which drew anger from some who accused Pope Francis of giving hope to LGBT Catholics with previous comments appearing to support the community before 'dashing their hopes' with the Vatican ruling.

Former President of Ireland, Mary McAleese, was among those to publicly criticise the Pope, who was informed and gave his consent for the Vatican ruling stating 'God doesn't bless sin' to be published.

Ms McAleese wrote to Ireland's Catholic Primate Archbishop Eamon Martin lamenting the "unbearably vicious language" used in the Vatican ruling "which can only have brought more heartache to our gay children and to us, their families".

She pointed out that the Catholic church runs 90% of primary schools and 50% of secondary schools in Ireland, and said Irish children have the right "not to be exposed to cruelly-worded teachings that conduce to homophobia".

Ms McAleese urged Catholic priests and bishops in Ireland to speak out against the language used in the document, which she described as "gratuitously cruel in the extreme".