Christmas busking banned in Dublin due to Covid-19

THERE will be no Christmas busking in Dublin this year due to Covid-19 concerns.

Dublin City Council have made the decision not to allow anyone to busk on the streets of the capital for fear they will attract crowds.

Under Level Three restrictions, no more than six people from a maximum of two households can gather outdoors while maintaining social distance.

According to the Irish Times, in a letter to street performers dated November 27, the council said that the temporary suspension of street performer permits, which began during lockdown, couldn't be lifted due to public health concerns.

The council urged performers to "stay safe and stay well and we hope to welcome you back to the streets of Dublin in the not too distant future". 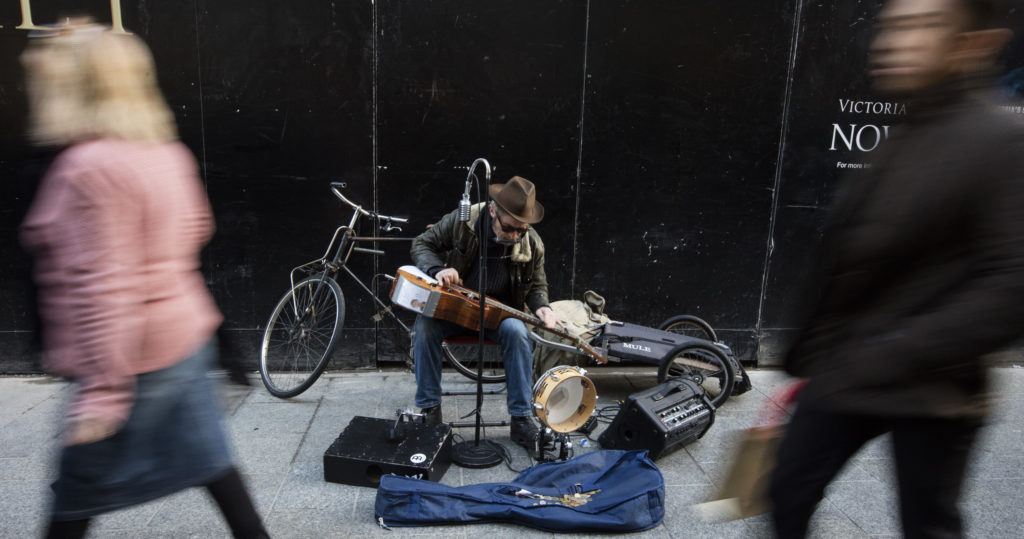 Dublin's streets traditionally play host to a swell of talented musicians and entertainers over the festive period, and while the streets themselves might have to remain quiet, there's hope that an alternative can be found for the performers.

Green Party Cllr Donna Cooney has called on the local authority to come up with a "creative solution" to allow them to reach an audience at Christmas.

"Whether it be getting some professional recording done, making some videos... There are speakers up on Grafton Street that are going to play music so they might not have a street performance, but at least they have an audience and get their music out there," she said.

"We could maybe do things on social media, mainstream media. Bono and the likes of them usually get out and play on Christmas eve so maybe this is a time that our established performing artists and bands can help out those that are only starting off and still making their living by playing on the streets.

"They're probably most in need. It's very difficult to prove your income when you're a street performer. For some people it's their income and for others it's a path for them... A lot of bands that are pretty successful now started on the streets," she added.

Will Dublin City Council clamp down on buskers?