HUNDREDS OF churches have been closed until further notice in order to stem the spread of coronavirus, but the clergy are ensuring their parishioners don't miss out.

As part of the move which saw thousands of pubs, sports clubs and restaurants close their doors for at least two weeks, most churches in Ireland have also made the decision not to hold mass service in order to protect the people in the community.

But in a step towards modernity by the Catholic church, mass is being held behind closed doors and livestreamed into the homes of worshippers-- via the internet or broadcast over radio.

One such church is in Killmallock, Co Limerick, where Fr Chris O'Donnell is regularly saying mass in a church empty but for the person holding the camera.

The parish church in Fermoy, County Cork, are also among those who are livestreaming events for their parishioners, with today's schedule including the Stations of the Cross and an evening Vigil Mass for St Patrick's Day.

In the post announcing the livestreams, they urged their followers to "pray that this virus will soon be defeated". 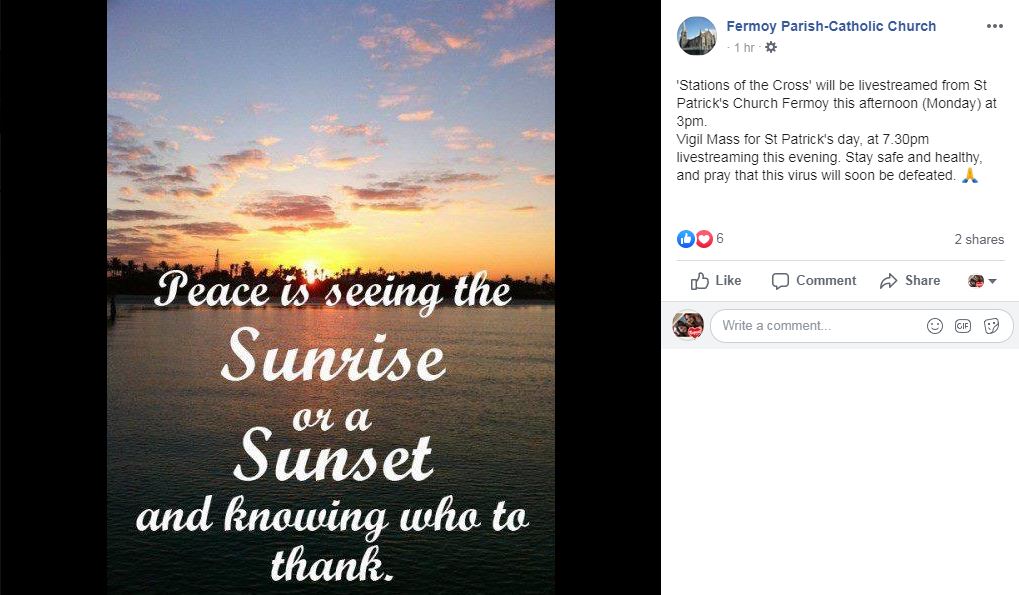 Meanwhile, Knock Shrine, where in 1879 an apparition of the Virgin Mary allegedly appeared to worshippers, have also resorted to livestreaming church services.

They have also taken it one step further in offering parishioners the chance to light a candle online rather than in person, acknowledging that for believers, "lighting a candle at Knock and taking a few moments to pray for a loved one is a very special and prayerful experience." (You can do that here.) 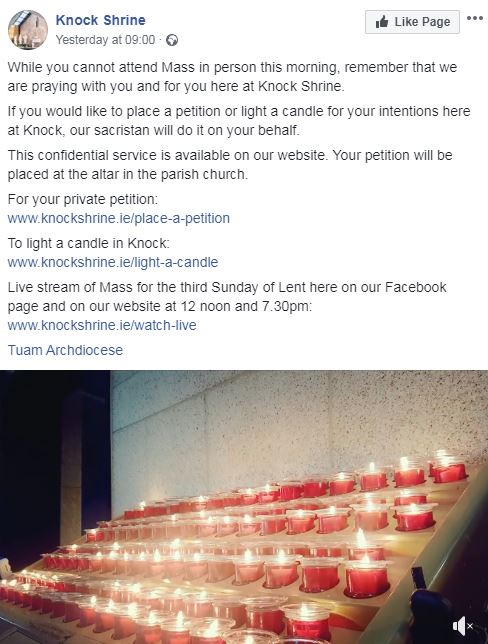 Businesses across Ireland are making the best of the drastic measures which have swept Ireland in light of the rapid spread of COVID-19: Supermacs are giving free meals to emergency services staff, an Irish company set up a map which showcases the offers of help in each area, and certain shops have implemented special hours for the vulnerable and elderly to shop while avoiding crowds.