A RED-BELLIED JUMPING spider has been spotted in a garden in Dublin.

It's believed to be the first time the species has ever been seen in the country.

The 'Philaeus Chrysops' is just a few milimetres long and is usually found in places like Southern Europe, Southeast Asia, North Africa and Central Asia.

While these spiders are known for the way they hunt, by jumping on their prey and attacking with their pinser-like claws, they're harmless to humans.

It isn't currently known how the spider made it to Ireland, after one was spotted in Monkstown this week.

A small handful have been sighted in the UK in the past. 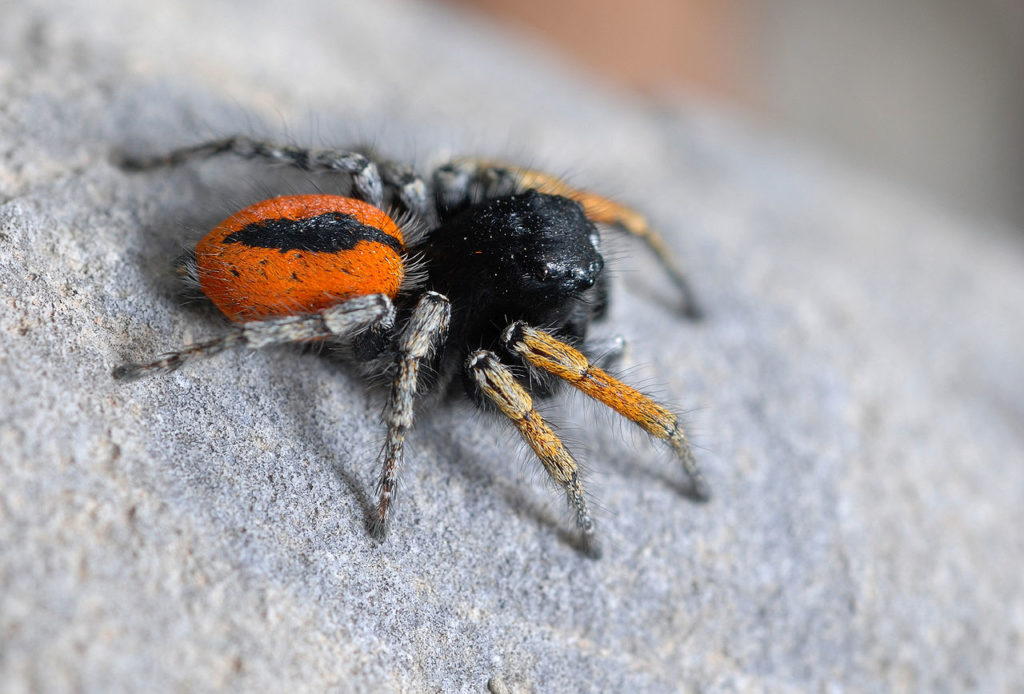 Collie Ennis, a researcher at Trinity College's Zoology Department, said: "A lot of times you expect to see these imported on plants but when you see them outside that indicates that they are moving in naturally, so to speak."

One theory Mr Ennis suggests sounds fanciful for an animal just a few millimetres long, but might explain how such an exotic spider could've made its way to the Emerald Isle.

"Spiders have a trick where they will actually throw a web from their abdomen into the air and they will drift off into the stratosphere and they can travel hundreds and thousands of miles like this," Ennis said.

He went on to say that the Philaeus Chrysops could possibly become a permanent fixture in the country given Ireland’s warming climate.

"Lots of invertebrates that couldn’t survive in the UK and Ireland are slowly moving up north from Europe as the habitat becomes warmer," he told The Journal.

"Of course, this is going to be a recurring issue because as the climate of the country warms we are going to see many more new species of animals take up residence in Ireland, especially invertebrates, like spiders, who can easily travel in goods and shipping."