THE BROTHER of a Detective Garda killed in the line of duty has paid tribute to a man who “loved life, and lived in the best way he knew how”.

Detective Garda Colm Horkan was shot at 15 times with his own official firearm after stopping a man on Main Street in Castlerea, Co Roscommon. He died at the scene.

Thousands turned out for his state funeral ceremony in Charlestown, Co Mayo, lining the streets outside the church to pay their respects to the fallen officer.

Inside the church, socially distanced mourners watched on as Detective Garda Horkan’s brother, Dermot Horkan delivered an emotional tribute and eulogy to “a son and brother like no other”.

Speaking after the requiem mass, Mr Horkan thanked everyone in attendance and outside the church for their “support and prayers” over the past few days.

Mr Horkan said: “It’s a sad day for the Horkan family, and for the town and community of Charlestown, as we lay our brother to rest long before his time.

“Our community has lost a pillar, in the true sense of the word, as we struggle to comprehend the shocking events of Wednesday, June 17, when a man was cut down in the prime of his life doing the job he loved and serving the country in the best way he knew how.”

“Colm was a gem. He was a son and brother like no other’, adding that his brother ‘had all the values you would associate with a good and decent human being. He was kind, considerate, selfless and above all, loyal to the core.”

Mr Horkan reflected: “He was a rock in the family, the man that was the glue that held it all together. He seldom if ever made a bad decision and lived his life by the book, which makes it all the more difficult to process the events surrounding that dark and tragic night some four days ago.”

An avid GAA fan who played Gaelic football for local club Charlestown Sarsfields as well as at underage level for Mayo, Detective Garda Horkan’s brother recalled how his sibling’s approach to the sport reflected his approach to life in general.

“‘Colm was a believer in giving 100% in all he did on the football field, and this was a mantra he brought into work and life in general as these were the values he was instilled and imbued with from an early age”.

"Colm commanded respect wherever he went, time spent in his company was precious and there was always a laugh and a joke to be had with that disarming, beaming smile of his lightening up a room and brightening up many a dark hour and day. He loved life, and lived in the best way he knew how.” 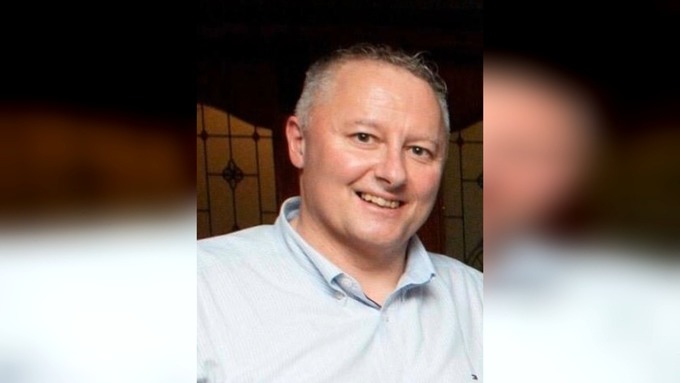 “As we collectively gather in support of the Horkan family, may I say that I feel immense sadness but also privileged as Commissioner to be asked to speak at Detective Garda Colm Horkan’s funeral.” he said.

"Detective Garda Colm Horkan epitomised what all of us as members of An Garda Siochana should strive to be. He was approachable and well-known and respected in his local community, and also in Castlerea, where he was extremely well regarded and well-liked, and where he policed for 21 years of his 26 years of service.

Stephen Silver, 43, has appeared in court charged with Detective Garda Horkan’s murder. He has been remanded in custody ahead of a scheduled court appearance on June 26.