Donald Trump allegedly paid just $750 in taxes during his first year in the White House.

It has also been reported that the golf resort and hotel the President owns in Doonbeg, Ireland loses him money.

That’s according to a bombshell report from the New York Times, who claim to have obtained the US President’s tax returns

The report claims Trump has suffered “chronic losses and years of tax avoidance”.

The report also claims he paid just $750 the year before.

These low payments come despite Trump’s previous status as a businessman and media personality with several hotels and resorts all around the world.

On the subject of hotels, the New York Times report suggests Trump’s luxury golf and hotel resort in Doonbeg, Co Clare is, in fact, losing money.

Trump purchased the resort, which comprises of a hotel, golf course, spa and several restaurants, back in 2014 for an estimated €15 million.

The resort has made Trump a popular figure in Co Clare, with Doonbeg generating hundreds of jobs for the local economy and boosting tourism.

The President even based himself at the hotel during a visit to Ireland in 2019.

However, the figures reported by the NY Times indicate the Trump International Doonbeg, as well as two hotels in Scotland, have suffered joint of £244m (€270m) since 2000. 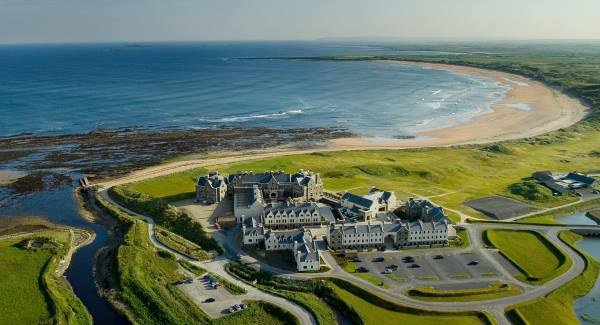 The New York Times report also alleged that in 11 of the previous 18 years, Trump paid no taxes due to the fact he reported huge losses.

The report suggests the President “[used] the proceeds of his celebrity to purchase and prop up risky businesses, then wielding their losses to avoid taxes.”

According to the article, Trump also borrowed huge sums to “fill cash-flow gaps”.

The New York Times also claims Trump is personally responsible for loans amounting to $421 million (€362 million) over the next four years.

While the tax documents obtained did show Trump has earned money from several foreign sources, no connection to Russia was found.

The President has refuted the claims in the report, branding them "totally fake" and insisting he paid "a lot of money" in tax.