DONALD TRUMP has blamed a faulty teleprompter for his historically inaccurate gaffe while speaking at the Lincoln Memorial during the Independence Day celebrations in Washington D.C. on Thursday.

President Trump was boasting about the nation’s military prowess - something the Iranians will be all too aware of by now - and began to speak about the American revolution. 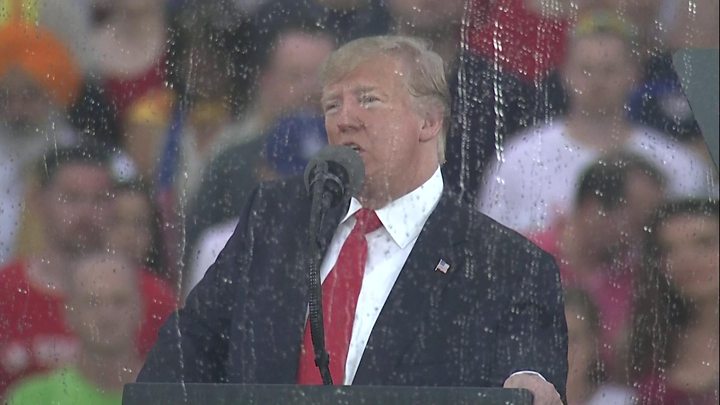 He then sent social media into a frenzy when he spoke about how the US army “manned the air” and “took over airports”.

Considering that Orville and Wilbur Wright didn’t invent the aeroplane until 1903, 120 years after the American Revolutionary War ended, it seems rather unlikely that any airports were taken over by the troops.

Trump has blamed this snafu on the fact that the teleprompter he was reading from was damaged by the rain and was no longer working, something he described as “not a good feeling.''

On Friday, he told reporters: “I knew the speech very well, so I was able to do it without a teleprompter. And it was hard to look at it anyway because there was rain all over it.”

If this is to be believed, Trump certainly deserves kudos for keeping his cool and seemingly sticking well to the script which he had prepared, but the president talking about airports in the 1700s is just a little bit funny.

Where should you fly? New figures reveal which Irish airports are flying high