Donald Trump impeached by US House of Representatives

President Donald Trump addresses his impeachment during a Merry Christmas Rally at the Kellogg Arena on December 18, 2019 in Battle Creek, Michigan

DONALD TRUMP has been impeached by the US House of Representatives.

He's become the third President in the history of US politics to suffer that fate and will now face a trial in the Senate which will determine whether or not he remains in office.

The House voted on two charges - that Trump had abused his presidential power, and that he had obstructed Congress.

Rather expectedly, nearly all Democrat members of the House voted for the charges, while every Republican voted against them. 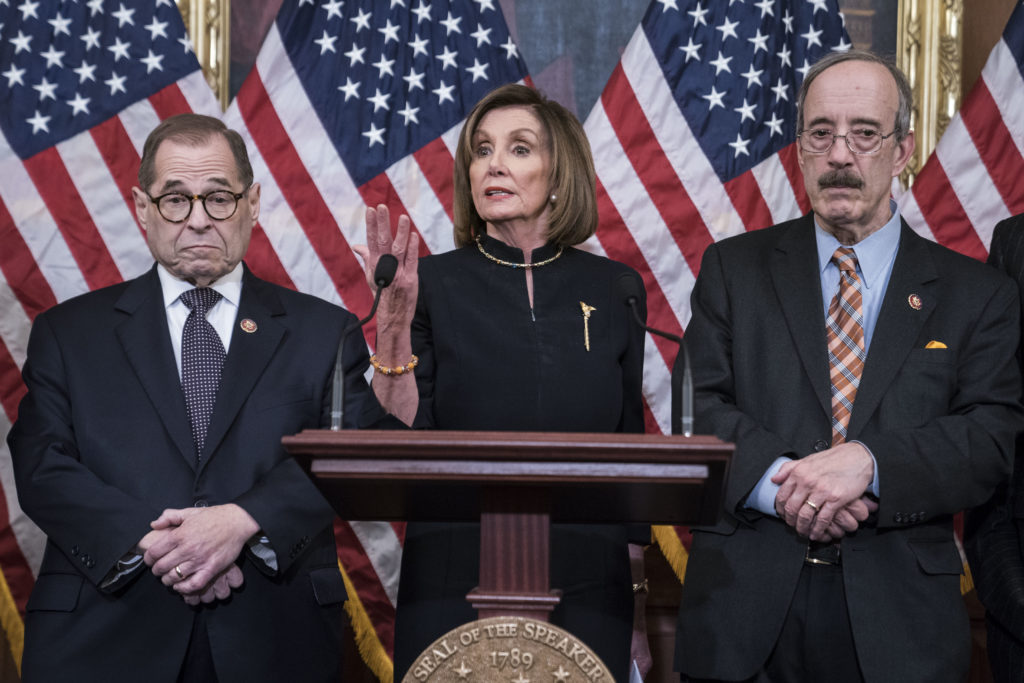 WASHINGTON, DC - DECEMBER 18: Speaker of the House Nancy Pelosi (D-CA) delivers remarks alongside Chairman Jerry Nadler, House Committee on the Judiciary (D-NY) and Chairman Eliot Engel, House Foreign Affairs Committee (D-NY), following the House of Representatives vote to impeach President Donald Trump on December 18, 2019 in Washington, DC. On Wednesday evening, the U.S. House of Representatives voted 230 to 197 and 229 to 198 to impeach President Trump on two articles of impeachment charging him with abuse of power and obstruction of Congress.

The abuse of power charge comes from allegations that President Trump had threatened to withhold military aid to Ukraine unless they agreed to launch an investigation into Democratic candidate Joe Biden and his son Hunter, who runs a natural gas company in the country.

The charge of obstructing Congress comes from a refusal to cooperate with the inquiry and ordering other officials not to appear.

Both charges were voted for by the Democrat-controlled House, and the case will now move to the Senate where Mr Trump will face trial.

However, the likelihood of a conviction is low given that the Senate is Republican-controlled.

The trial is expected to take place in January, where Trump is all but assured to be acquitted.

Speaking to the press following the votes this morning, House Speaker Nancy Pelosi said that today is a "sad day" for the United States.

"The president’s reckless activities necessitated us having to introduce articles of impeachment," she said, before going to to thank the House committee leaders who headed the impeachment inquiry.

President Trump however was quick to issue his rebuttal to the decision.

Speaking at a rally in Battle Creek, Michigan, he insisted the Democratic Party were "consumed with hatred".

"While we’re creating jobs and fighting for Michigan, the radical left in Congress is consumed with envy and hatred and rage, you see what’s going on," Trump said.

"These people are crazy."

He then added that the Democrats were "trying to nullify the ballots of tens of millions of patriotic Americans."

Previous US Presidents to be impeached include Andrew Johnson in 1898 and Bill Clinton in 1999, but neither were removed from office by the Senate.

Richard Nixon was subject to a formal impeachment process in 1973 amidst the Watergate scandal, but resigned before he was officially impeached. 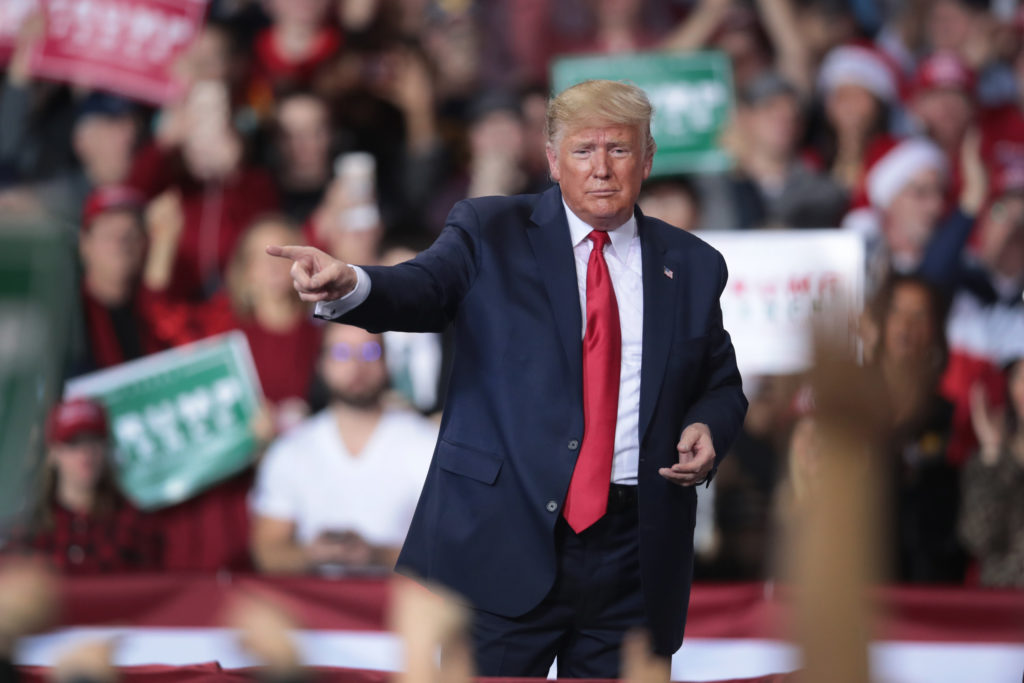 BATTLE CREEK, MICHIGAN - DECEMBER 18: President Donald Trump leaves his Merry Christmas Rally at the Kellogg Arena on December 18, 2019 in Battle Creek, Michigan. While Trump spoke at the rally the House of Representatives voted, mostly along party lines, to impeach the president for abuse of power and obstruction of Congress, making him just the third president in U.S. history to be impeached.