PRESIDENT TRUMP has compared Melania to Jackie O. suggesting his First Lady is as iconic as the wife of President John F. Kennedy.

He made the comparison while defending his decision to change the iconic Air Force One colour scheme, something put in place during the Kennedy administration in 1962 - and overseen by Jackie herself.

Trump told Fox and Friends that “baby blue doesn’t fit with us”, saying that he plans to replace it with a darker navy colour as well as having a gold and red stripe along the aircraft. 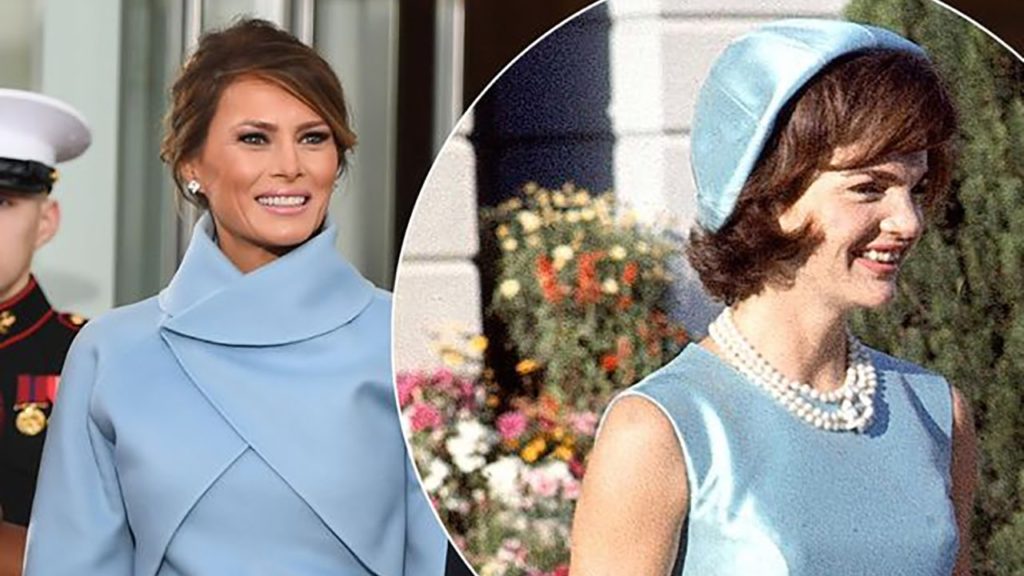 Melania drew comparions to Jackie Kennedy during Trump's inauguration in 2017

“I like the concept of red, white and blue,” Trump said. “It’ll look much better actually. The baby blue doesn’t fit with us.

“And it was Jackie O. and that’s good, but we have our own Jackie O. today. It’s called Melania. We’ll call it Melania T.”

This isn’t the first time that comparisons have been drawn between Melania and her predecessor. In fact, Melania appears to encourage the link, especially in the way she has chosen to dress as First Lady.

She wore an all-blue outfit to her husband’s inauguration in 2017 which drew comparisons to the outfit work by Jackie during the same ceremony 56 years earlier.

The hosts of Fox and Friends appeared to agree with Mr Trump about the comparisons with one telling him “she’s doing a great job.”

Donald Trump: "We have our own Jackie O today, it's called Melania. Melania. We'll call it Melania T!" pic.twitter.com/qJgGIw7F8j