TAOISEACH Leo Varadkar has said he cannot confirm reports that US President Donald Trump will visit Ireland in early June.

Speculation emerged on Wednesday evening that Mr Trump will make a trip to his golf course in Doonbeg, Co. Clare on June 5 after a three-day state visit to Britain.

He is later expected to return to the Irish west coast from June 7–8 after a stop off in France to attend the 75th anniversary commemorations of D-Day.

It is anticipated that the American leader will meet with Mr Varadkar during what is thought will be primarily a private visit centred on Doonbeg.

The trip has not yet been confirmed by either the Irish Government or the White House, but an advance team US officials and Secret Service agents are reportedly due in Clare in the coming days to scope out logistics and security arrangements.

A spokesman for Ireland's foreign ministry said Mr Trump had indicated his desire to visit Ireland this year, but "at this stage, no formal notification of such a visit has been received." 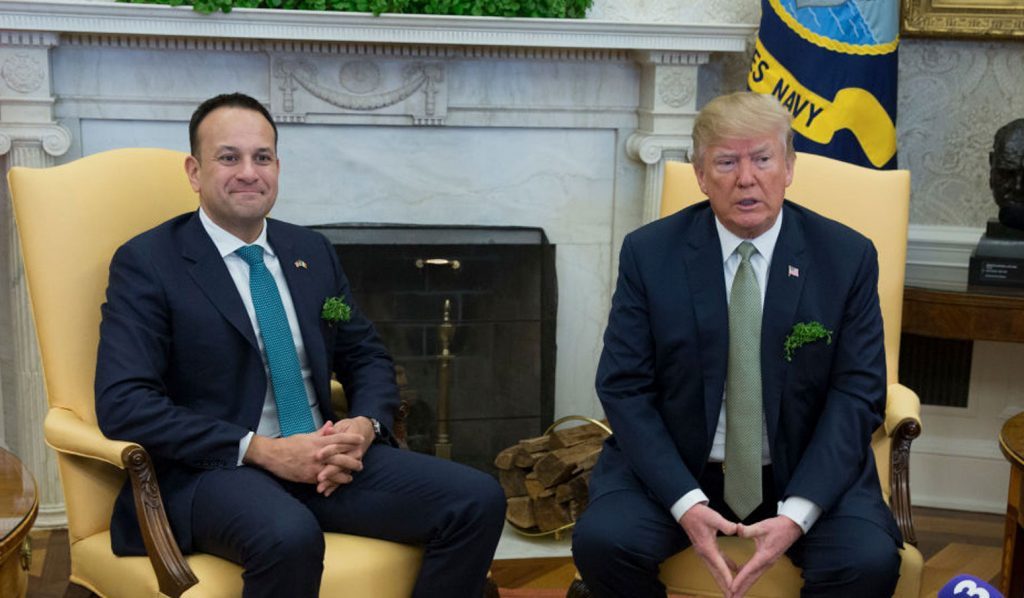 Varadkar said he could not confirm President Trump's trip but he is 'always welcome' in Ireland (Image: Getty)

Responding to the speculation, the Taoiseach said his Government did not have any confirmation for the visit as of yet but that the US President is "always welcome" in Ireland.

"Protocol dictates that the announcement will be made by the White House rather than by the Irish Government," he said.

"But if President Trump comes to Ireland he will be treated with respect and given the welcome his office deserves.

"The President of America is always welcome in Ireland, just as the Taoiseach and Irish President are welcome in the United States".

Mr Varadkar added: "We've a really strong relationship, it's economic, it's cultural, it's historic. It's about our family connections as well.

"I think we have to rise above whoever holds the office, whether it's the office of President there or here or Taoiseach and remember the really important relationship that exists between Ireland and America. That has to be the priority."

Mr Trump previously cancelled what would have been his first visit to Ireland as US President last November for "scheduling reasons".

Prior to the cancellation, a number of Irish protest groups had planned demonstrations similar to those seen during the American leader's first state visit to Britain in July 2018.