DONALD TRUMP will be prevented from visiting Scotland during Joe Biden’s inauguration this month.

The outgoing President was reportedly set to avoid the ceremony on January 20 by heading to the UK for to play golf at his Turnberry resort in Ayr on the West Coast of Scotland.

According to the Sunday Post, Prestwick Airport was told to expect the arrival of a US military Boeing 757 on January 19. Trump has previously travelled on this type of aircraft when visiting the UK.

The White House has refused to confirm Trump’s plans for his final few days as President.

However, the Scottish First Minister Nicola Sturgeon has warned the US President against visiting Scotland. She noted that, under the Covid-19 restrictions in place, it would be illegal for him to travel in or from Scotland without a valid reason.

Sturgeon was keen to stress that "Coming to play golf is not what I would consider to be an essential purpose."

Despite the flight booking, the White House has so far denied the claims regarding Trump’s potential visit.

Asked about the speculation surrounding the US President's potential visit, Sturgeon said:  "I have no idea what Donald Trump's travel plans are, you'll be glad to know.

"I hope and expect that – as everybody expects, not everybody necessarily will hope – that the travel plan immediately that he has is to exit the White House.

"But beyond that I don't know.

"We are not allowing people to come in to Scotland without an essential purpose right now and that would apply to him, just as it applies to anybody else. 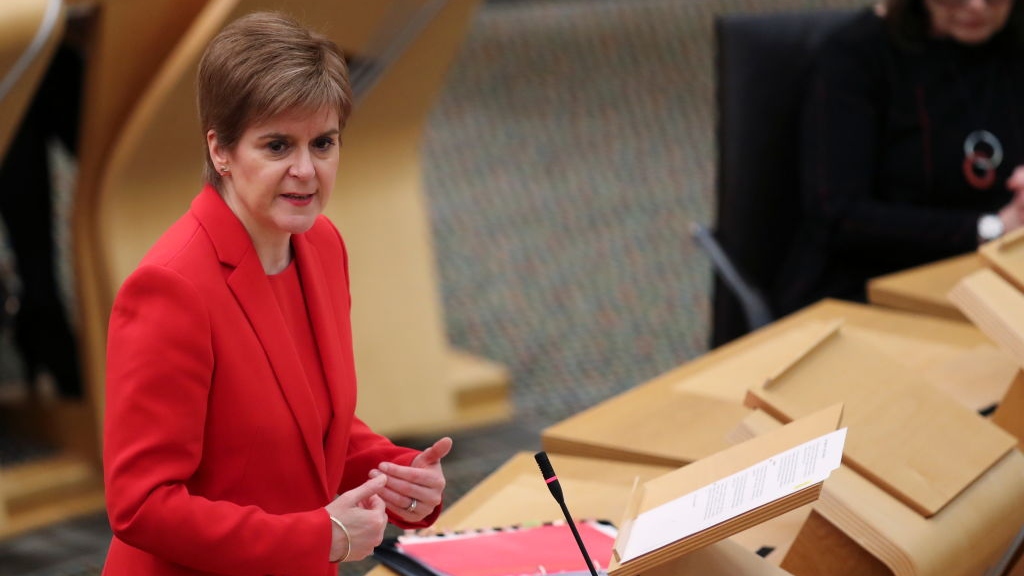 The speculation comes despite Trump previously telling supporters at a recent rally he would “fight like hell” to hold on to presidency.

At least 12 Republicans are due to challenge the certification of election results in the US, despite a string of failed attempts at derailing the election.

Donald Trump launches new website 'From the Desk of Donald J. Trump' to get around social media ban