BOOKINGS at guesthouses, restaurants and pubs in Doonbeg as well Donald Trump's golf resort are up by almost a third after the US President's recent visit to the Co. Clare village.

He arrived in Ireland on Wednesday, June 5 but travelled from Doonbeg to France the following day for D-Day's 75th anniversary, before returning to his luxury Irish resort on Thursday evening and finally flying back to the US last Friday, June 7.

According to the Irish Independent, US tourists have been stopping off at Doonbeg after visiting the nearby Cliffs of Moher on daytrips since the presidential visit.

Bookings in the village are up by 30%, with more than half of inquiries coming from US tour groups and businesses – many for proposed 2020 holidays. 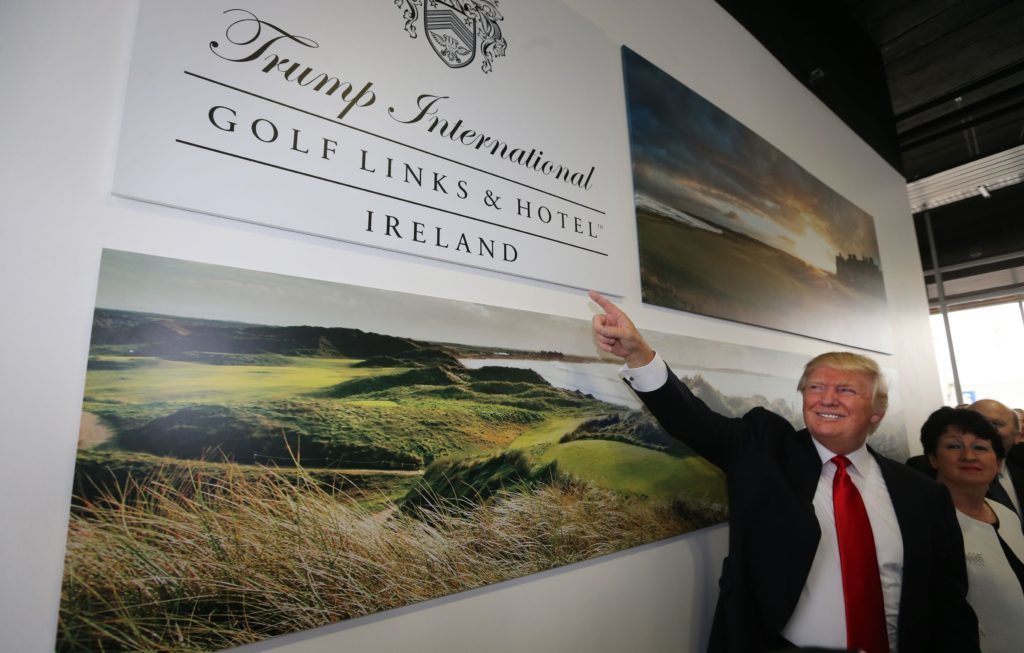 Donald Trump bought his Doonbeg resort in 2014 and it has proved a shrewd investment (Image: Getty)

Locals reportedly expect the "multimillion-euro business boost" to surge even more over the coming months.

Mr Trump's sons Donald Jr and Eric pulled pints of Guinness in the local Morrissey's bar during the Doonbeg stay, bringing yet more exposure to the area.

The US President also met with local schoolchildren as he played golf at his resort last Friday.

Igoe Inn owner Caroline Kennedy said it had been an amazing few weeks for Doonbeg. 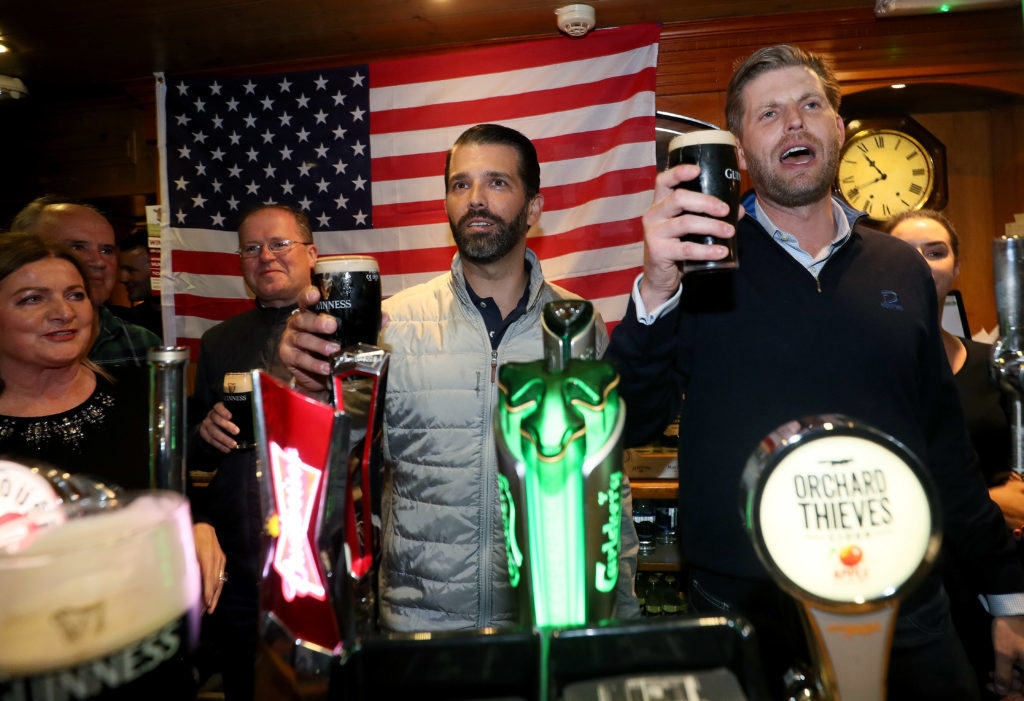 Donald Trump Jr and Eric Trump during their 'pub-crawl' in Doonbeg (Image: Getty)

"It was absolutely a once-in-a-lifetime experience and it's great publicity for the village," she told the paper.

"The golf club brings in visitors and supports other businesses, and it has a huge knock-on effect in the town."

Mr Trump added the Doonbeg resort to his family's property portfolio in 2014 – two years before his election – for a reported fee of less than €10m.

It has proved to be a shrewd investment, with Doonbeg valued last year at around €40m thanks to its emergence as one of the most in-demand golf courses in Ireland and the UK.

By: Charlie Wilkins  -  2 minutes ago