In front of a sell-out crowd in the English capital’s iconic Alexandra Palace, the Celtic punk pioneers delivered a set worthy of their reputation as the best modern Irish-American live music act on the planet today.

Originally from Quincy in Massachusetts, Dropkick Murphys built their reputation on their sensational live shows and uncompromising dedication to a sound that pays tribute to Irish folk traditions albeit with a rebellious punk spirit running throughout.

Taking to the stage for the final leg of their hectic European tour and ahead of a series of major St Patrick’s Day shows back in their home city of Boston, any fears of fatigue were quickly allayed in a frenetic opening few songs.

Arriving on stage to the familiar strains of Charles O’Neill’s Foggy Dew by way of Sinead O’Connor and The Chieftains, the band launched into a blistering rendition of The Lonesome Boatman, followed by The Boys Are Back and The Fighting 69th. 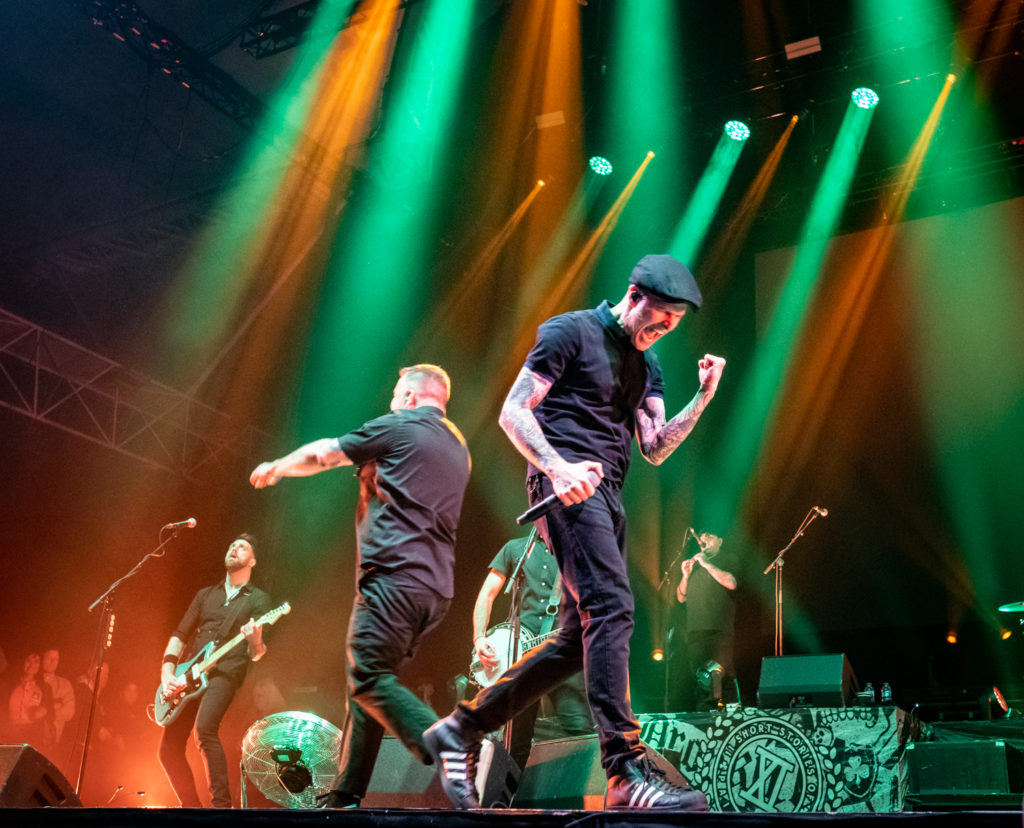 It’s the perfect opening to a set where the energy levels remain cranked up to 11 throughout – an approach anyone familiar with the band would have expected.

Dropkick Murphys have been performing together for some 24 years and they show it here in the best possible way with lead singers Ken Casey and Al Barr working in perfect tandem to command a stage bathed in striking shades of green and red.

Balls of energy bouncing from one side to the other, down in among the fans and shouting out to the back, they are ably supported by the efforts of bandmates James Lynch, Tim Brennan, Jeff Da Rosa and Matt Kelly on backing vocals, guitars, drums, keyboards and a creative assortment of unmistakably Irish instruments.

After the opening salvo, Dropkick Murphys launch into an anthemic rendition of Blood, accompanied by a distinctive video backdrop during which time fans some small pause for breath before it’s on to more of the same with blistering back-to-back performances of Prisoner’s Song and Famous for Nothing. 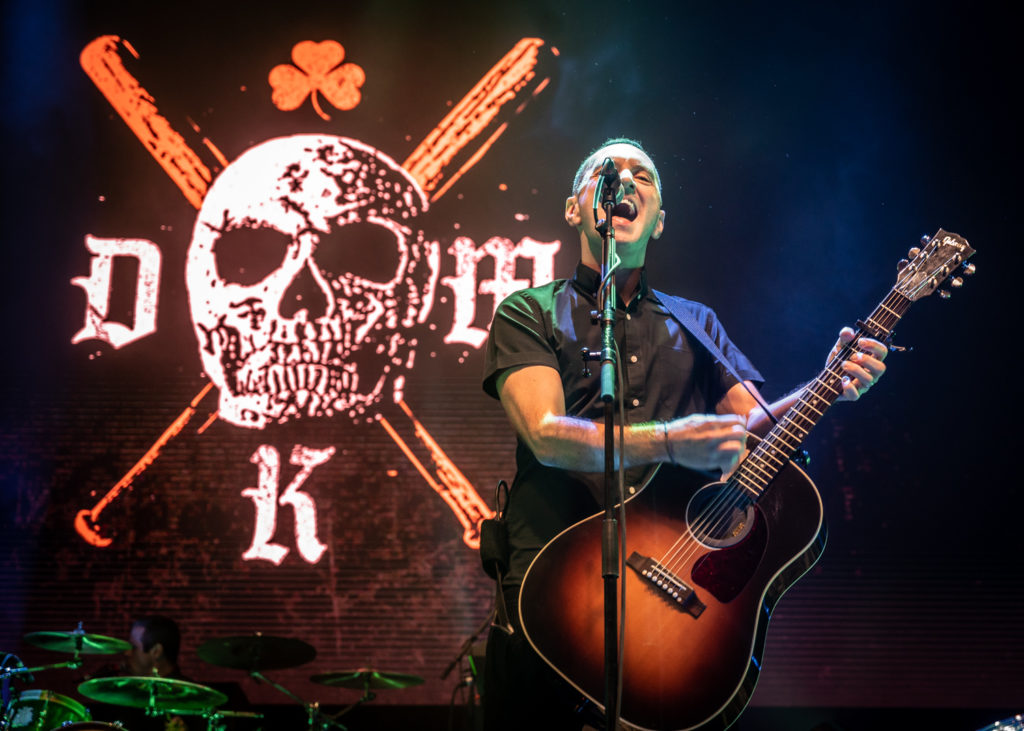 Sticking very much to the old mantra of “if it ain’t broke don’t fix it” Dropkick Murphys sound may be familiar to anyone who has followed the band throughout their near 30-year career but it’s one that is unmistakably their own.

While it’s an undoubted celebration of the Irish American spirit in its many forms, songs like the Battle Rages On, The Warriors Code, First Class Loser, speak to anyone who has ever felt the underdog or anyone dreaming of fight back and rebellion.

Dropkick Murphys never forget their roots though, with punked up covers of The Bonny, The Auld Triangle and The Fields of Athenry serving as nods to their Irish heritage while a rendition of The Crickets' I Fought The Law proves another firm favourite.

It’s an impressive set, with some 26 songs in total covering the various eras of the band’s career, including performances of Your Spirit’s Alive, Flannigan’s Ball, Cruel and God Willing. 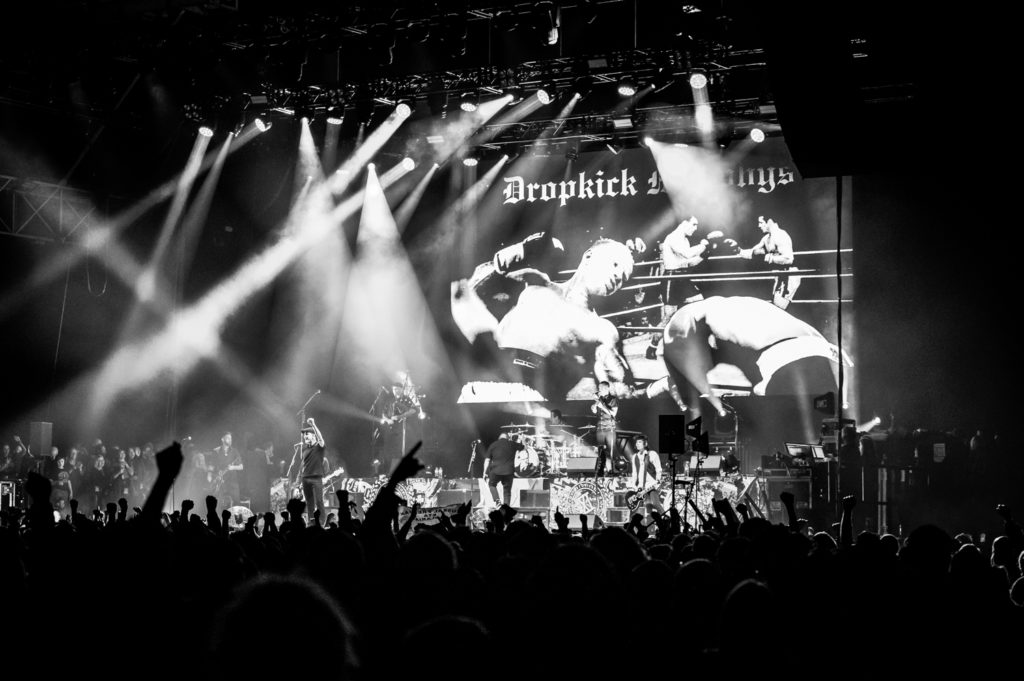 The band are showing no signs of slowing down either, with new single Smash Shit Up demonstrating that their taste for anarchy remains as rampant as ever.

Going into the final few songs, the likes of Citizen CIA, Johnny, I Hardly Knew Ya and The State of Massachusetts see the band hitting their stride like a well-oiled Celtic punk machine.

The final one-two punch of Out of Our Heads and Going Out in Style would be enough to bring the curtain down on almost any gig, but this is Dropkick Murphys and their fans know better.

Returning to the stage for the encore, the band deliver a mini-greatest hits of arguably their three most commercially known tracks. 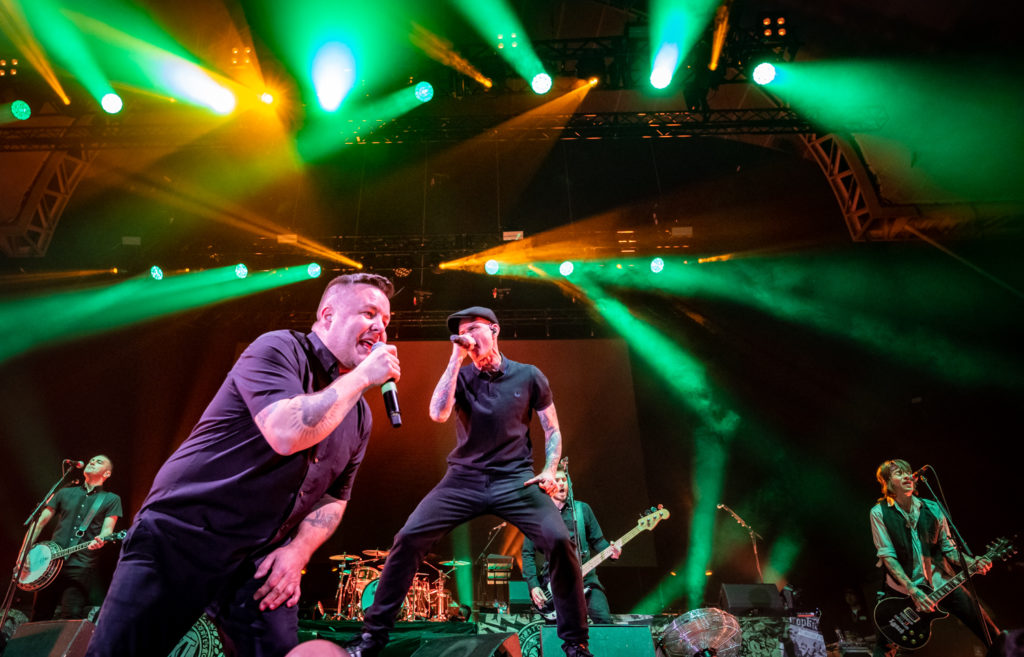 There’s the Celtic pop cool of Rose Tattoo, a song that feels ripe for an Irish pub sing-song, before moving on to arguably their most famous track, I’m Shipping Up To Boston, which featured in Martin Scorsese’s The Departed.

The gig ends with Until the Next Time and the perfect end to a night that very much delivered on what fans would have hoped for and expected.

Information on all of Dropkick Murphy's latest tour dates can be viewed here.