CHILDREN as young as 14 are being recruited by a Dublin-based crime ring to hide drug packages purchased online on behalf of smugglers.

TheJournal.ie is reporting that dozens of teenagers are being used in areas of West Dublin such as Lucan, Clondalkin and Ballyfermot.

Investigations into the supply chains of drugs across Dublin are continuing after the arrest of a 17-year-old in connection with €600,000 worth of ecstacy tablets.

Earlier in the week, gardai found the stash of tablets at a major postal centre. In a bid to track the drugs, they allowed them to be delivered to their final destination in Lucan, where they raided the house, seized the drugs and arrested the teenager.

Detectives say they suspect the boy is being used by a man who has been supply areas of West Dublin with party drugs such as MDMA, cocaine and ketamine for a number of years. 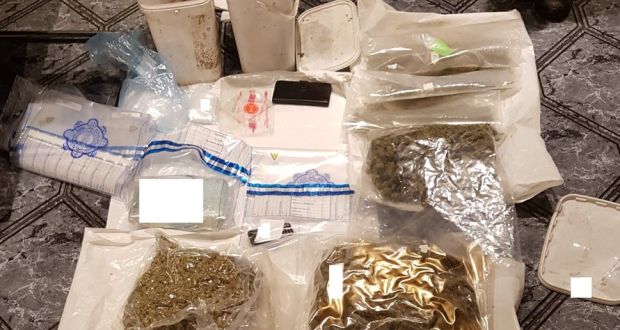 Gardai believe there are dozens more youngsters being used by drug syndicates in similar roles.

They understand that this is done to reduce the gang’s exposure to legal risk.

Drugs units based in the west of the city are now working with units such as the National Bureau of Criminal Investigation (NBCI) and the Garda National Drugs and Organised Crime Bureau.

Often, the drugs in question arrive at the An Post mail centre at Portlaoise. It’s one of the nation's busiest postal centres and receives a large amount of international packages every single day.

Large seizures have been made in the centre itself, but allowing the drugs to pass through to their destination makes the culprits easier to track, despite the risk of losing track of the drugs themselves.