Dublin legend Dessie Ferguson passes away at the age of 91

FORMER ALL-IRELAND winner Dessie Ferguson has passed away today at the age of 91. The St Vincent's and Dublin legend famous who played alongside Kevin Heffernan and Denis Mahoney during the the 1950's

Ferguson played at cornerback for Dublin in hurling and was part of the panel that reached the last All Ireland hurling final in 1961, Dublin lost out to Tipperary that day. He was also asked to help the producers of the film Rooney to try and help mentor John Gregson, but the task wasn't so fruitful 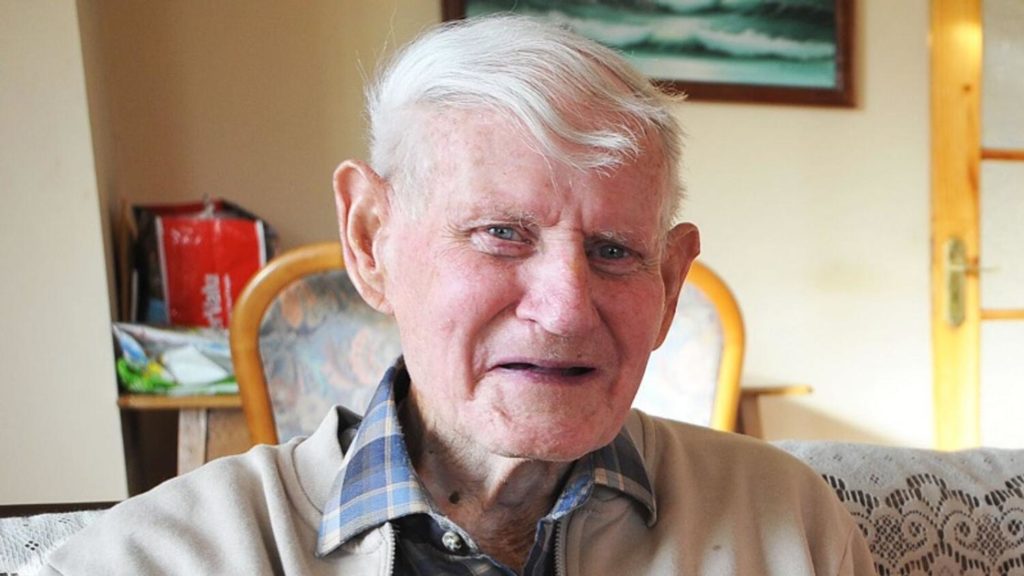 Not only did Ferguson play for the Dublin hurlers, he also was a dual star for the county with the footballers. He played in the half-forwards, reaching the All-Ireland minor final in 1948 but losing to Tyrone. His senior career comprised three national league medals in 1953, ‘55 and ‘58.

Famously known as 'Snitchy' a name that wasn't popular with the dual star- he also played in the 1955 football All-Ireland when Dublin lost out to Kerry in one of the most famous All-Irelands. He would go one better when his Dublin side beat Derry in 1958

He became a selector in 1963 after retirement, but was convinced to play again in that year's victorious All-Ireland campaign, culminating in the defeat of Galway.

Originally from a family from Down, they moved to Dublin when he was a child. His partner Maire moved to Meath so they could take up teaching in Oldcastle. Ferguson's son Terry won All-Irelands with Meath in 1987 and ‘88.

In 2018, after Dublin had won four in a row, then Dublin boss, Jim Gavin brought the Sam Maguire to Kells to acknowledge one of the county’s giants on whose shoulders modern Dublin football stood. 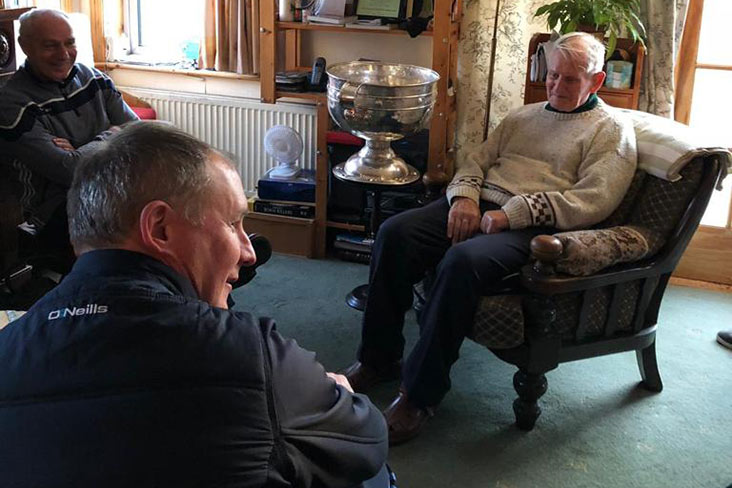 In a tribute, the Kells club stated: “It is with great sadness that we must pass on the news of the death of Gaeil Colmcille, St. Vincent’s and Dublin legend Des “Snitchy” Ferguson in his 92nd year.

“One of the founding members of Gaeil Colmcille and a man who served on the first Executive Committee in the club. Des went on to win two Keegan Cups with Gaeil Colmcille in 1966 and 1968. A wonderful Woodwork teacher having taught in numerous schools around the County.

“Des was a proud Dub and was a successful Footballer as well as Hurler with his home club St. Vincent’s and his beloved Dublin where he won two All-Ireland Senior Football Championships in 1958 and 1963.

“Des came close to a Dual All-Ireland in 1952 after winning the Leinster Senior Hurling Championship defeating Wexford in the final, Dublin fell to Cork in the All-Ireland Final. Dessie’s biggest regret was the 1961 All-Ireland Hurling Final where Dublin lost to Tipperary in the dying minutes of the match.

“Des is predeceased by his son Ronan and survived by his loving wife Marie, his Sons, Rory, Pearse, Barry, Des, Conor, Diarmuid and Terry, his daughters Eimear and Orlaith and his loving Grandkids.

The funeral Mass can be viewed on https://www. kellsparish.ie/our.parish/webcam