A DUBLIN man has urged the public not to drop their guard against Covid-19 after losing both of his parents to the virus within the space of a fortnight.

Clive Reid, 51, believes that while the easing of lockdown restrictions is welcome, people must remain on their guard to ensure they avoid the kind of tragedy that befell him earlier this year.

Speaking to the Irish Sunday Mirror, he urged families everywhere to exercise caution to avoid the kind of tragedy that he is still struggling to come to terms with.

Clive remembers his parents as popular figures in their local community of St Teresa’s Gardens in Dublin, where they lived.

“My dad worked on the oil in the North Sea and my mother is originally from Birmingham. They met there and were together for 68 years. They were always together and unfortunately are together now.”

“My mam was amazing, a real lady. They were great together.

“My dad opened a boxing club in Donore Avenue and ran it for 45 years. He opened it for the kids to keep them off the streets and away from drugs. He was loved by everybody in the area.

“He would have done anything for anybody. He always put others first before himself.”

Thomas was the first to contract the virus while being treated in hospital for another condition.

“My dad had been in St James’s Hospital for medical reasons when he picked it up and died on January 1. Then my mother who was in the hospital too died from it on the 13th. She had been in an induced coma for 28 days before she passed away.

“I was able to see my dad a few times in the hospital with the full PPE gear on. I used to talk to him even though he was asleep and there was no movement out of him. But on the last day I went to see him and he grabbed my hand and he squeezed it. It was like he was telling me he loved me.” 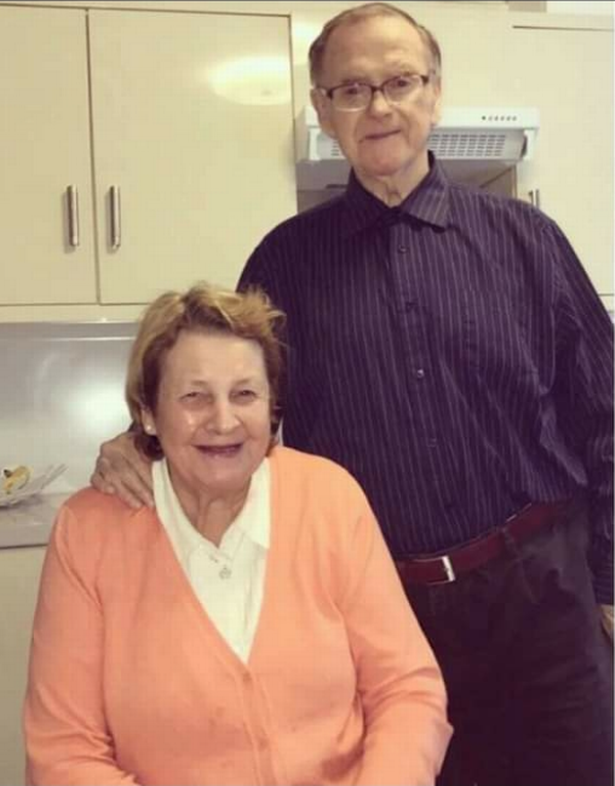 One of 13 children, many of Clive’s siblings live over in England and were unable to travel over.

In their absence, he watched as first his dad and then his beloved mum succumbed to the virus.

He said “My mam was extremely healthy for her age. But we were called up and told by the doctors that they had done everything possible for her but it wasn’t working.

“I don’t think you ever get over it. It was a privilege to have such great parents.”

Clive’s message to the public is simple: “be responsible and do the right thing.”

“I hope what has happened to me doesn’t happen to others. People should not let their guard down, this can happen to anybody,” he said.

“People know Covid is out there and what they should do. They should be responsible and do the right thing.

“They seem to think that when the restrictions are lifted that this is all over but it’s not, covid is still here. It’s always going to be there.

“People think they are doctors and know everything about it but until they get it or lose a loved one to it they will have no idea.”