A DUBLIN mum has shared disturbing footage of thousands of flying ants swarming all over her family’s home.

Rebecca Flynn was stunned to discover a plague of the winged insects in her front garden after popping out to fetch her children in for the night.

She captured the alarming numbers on film in a video that has since been widely shared across social media.

In the video, an audibly-stunned Rebecca can be heard describing how there are “millions” of ants on the outside of her house.

Things take a dramatic turn when she reaches the epicentre of the swarm.

Suddenly the ants begin flying all over her, forcing Rebecca to jump back, yelping.

The disturbing clip is an example of the veritable plague of flying ants currently tormenting people in Ireland.

Last weekend, the UK Met Office shared a disturbing radar image of the insects flying over Ireland the United Kingdom.

The swarm was so large, in fact, meteorologists initially assumed the giant cloud showing on satellite pictures was a moving rain cloud.

However, on closer inspection, it proved to be a giant group of the flying insects.

The Met Office tweeted: "During the summer ants can take to the skies in a mass emergence usually on warm, humid and windless days #flyingantday."

Something of an annual occurrence, flying ant day tends to take place over several weeks rather than any one 24-hour period. 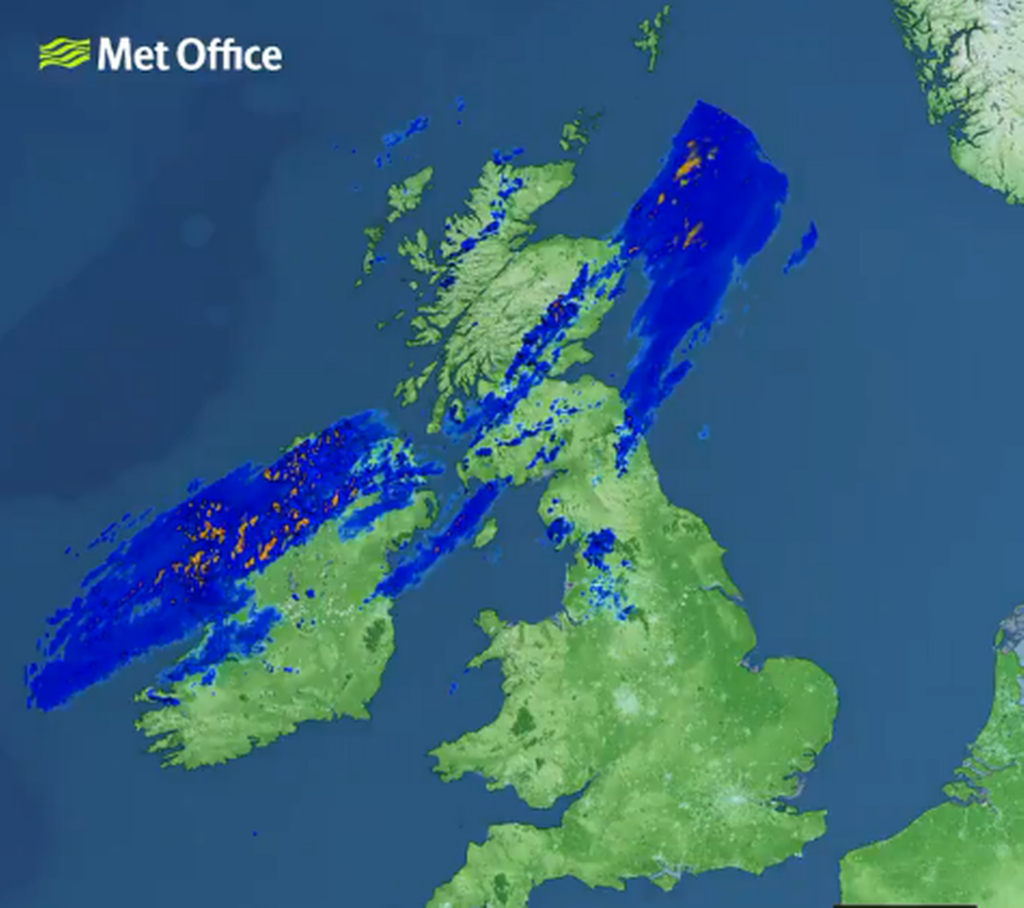 It comes during the summer, when ants venture from the nest to find other colonies to mate with.

Traditionally, this period occurs when a spell of wet weather is quickly followed up by humid and sunny conditions.

Ireland could be facing a lengthy spell in the company of these winged insects, with experts predicting that flying ants could stay in the region until late August.

However, if the humid conditions persist, then it could stretch into September.