DUBLIN Zoo is celebrating the arrival of a new Asian elephant calf.

Asha, the new calf's mother, gave birth to the healthy baby girl on Monday, September 19th, after a 22-month pregnancy.

The calf, who is yet to be named, is estimated to be just under one metre tall and weighs just 70 kilos. 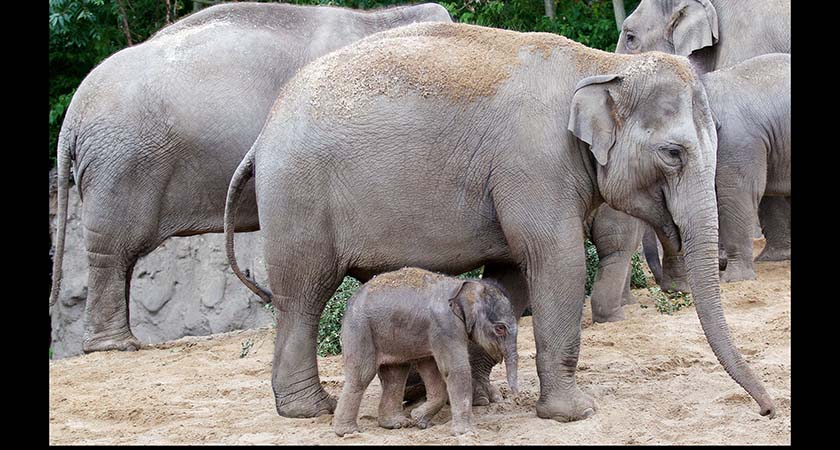 The new calf is just under one metre tall and weighs 70 kilos.  (Source: Dublin Zoo)

The new arrival is Asha's first calf and the fourth elephant to be born in the Zoo in the last two years.

The new baby girl will join the herd of eight Asian elephants, including dad Upali, in the Kaziranga Forest Trail.

Gerry Creighton, Operations Manager at Dublin Zoo expressed his delight with the birth.

“We are delighted with the new arrival and happy to report that both mum and calf are doing very well," he said.

Mr Creighton added that this birth was historic for Dublin Zoo. 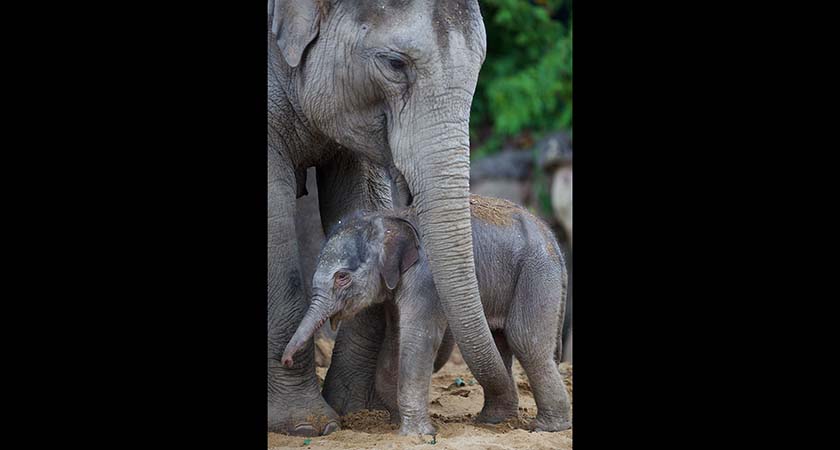 Her birth was "historic" for Dublin Zoo.  (Source: Dublin Zoo)

"Mum Asha was the first Asian elephant born in Dublin Zoo back in 2007 and today we are celebrating her first calf," he said.

"We now have three generations of elephants at Dublin Zoo, matriarch Bernhardine, her daughter Asha and now this new arrival," he added.

The new-born is a significant success for Dublin Zoo as part of the international breeding programme established to assist the survival of the Asian elephant. It is estimated that only 30,000 to 60,000 of these animals exist in the wild, with the largest population found in India.

Dublin Zoo are now looking for name suggestions of Asian origin to honour the calf's heritage. To submit a name, you can go here.