Mother and baby can be found in the African Plains section of Dublin Zoo (Credit: Dublin Zoo / Twitter)

DUBLIN ZOO have welcomed an adorable new addition to the family with the birth of a southern white rhino calf.

The currently unnamed male calf was born on 10 February to white rhinoceros mother Ashanti and father Chaka after a 16 month gestation period, and he was definitely worth the wait.

The newborn joins his parents and seven siblings in Dublin Zoo's rhinoceros herd, which is also known as a 'crash' of rhinos. 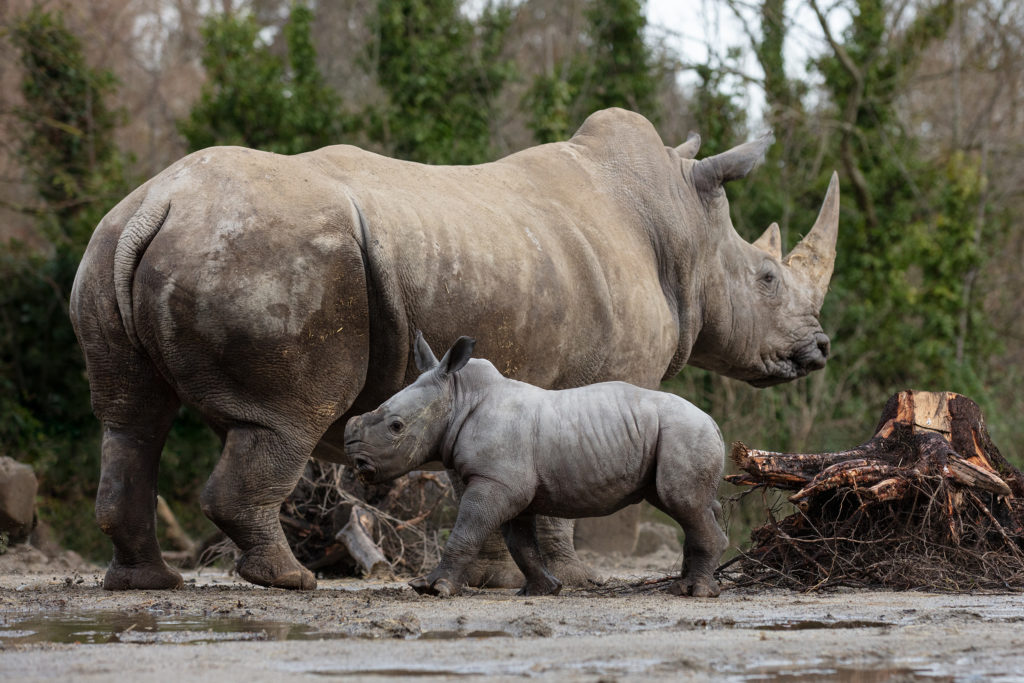 Mother and baby can be found in the African Plains section of Dublin Zoo (Credit: Dublin Zoo / Twitter)

Despite being just over a week old, the baby southern white rhino is estimated to weigh a whopping 50kg, and could grow up to 2,500 kg in adulthood.

There's no mention so far of a naming competition, but with Dublin Zoo's last few new arrivals being named in this way, we reckon there's a good chance.

Dublin Zoo have now invited people to take a trip to Dublin to visit the mother and calf, who can be found in the Rhinoceros House in the African Plains section of the zoo. 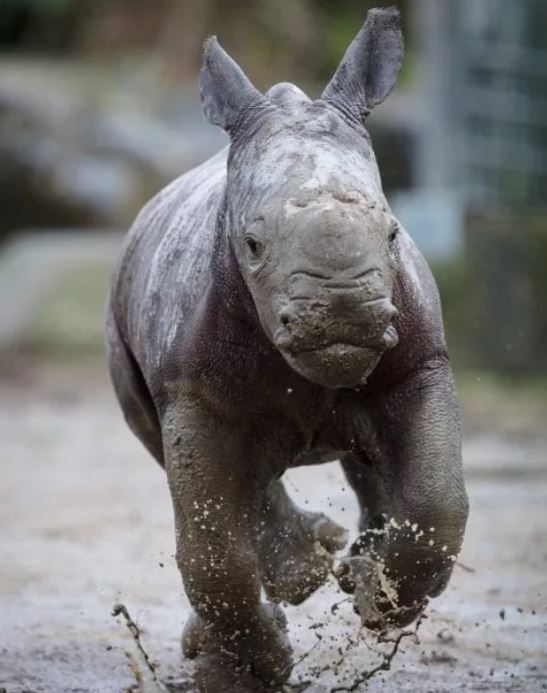 Team leader of the African Plains section, Helen Clarke-Bennet, welcomed the new arrival, and pointed out that not so long ago, the species was on the verge of extinction.

“We are absolutely thrilled to welcome another rhinoceros calf to Dublin Zoo," Ms Clark-Bennet said. "These animals were on the verge of extinction in the 20th century.

"Ashanti is an excellent mother. She and the calf share a strong bond, and it has been wonderful to watch them play together. We’re looking forward to watching him integrate with the rest of the herd.”

Thanks to conservation efforts, the southern white rhino is now the most common subspecies of rhinoceros.