DUNDALK made history last night by qualifying for the Europa League with victory over Faroe Island outfit KI Klaksvík.

They became just the third Irish side to reach the group stage of the competition, having last achieved the feat themselves in 2016/17, with current Ireland boss Stephen Kenny in charge.

Filippo Giovagnoli's side now face the exciting prospect of a trip to north London after being drawn against Arsenal, as well as Rapid Vienna and Molde in Group B.

The matches will be played between October 22 and December 10 with UEFA due to release the official fixture details later this afternoon.

Sadly, due to Covid-19 restrictions, Dundalk won't be able to cash in on going toe-to-toe with Premier League opposition at a no-doubt packed Aviva Stadium, but simply qualifying for the group stage has landed them a lucrative €3 million windfall. 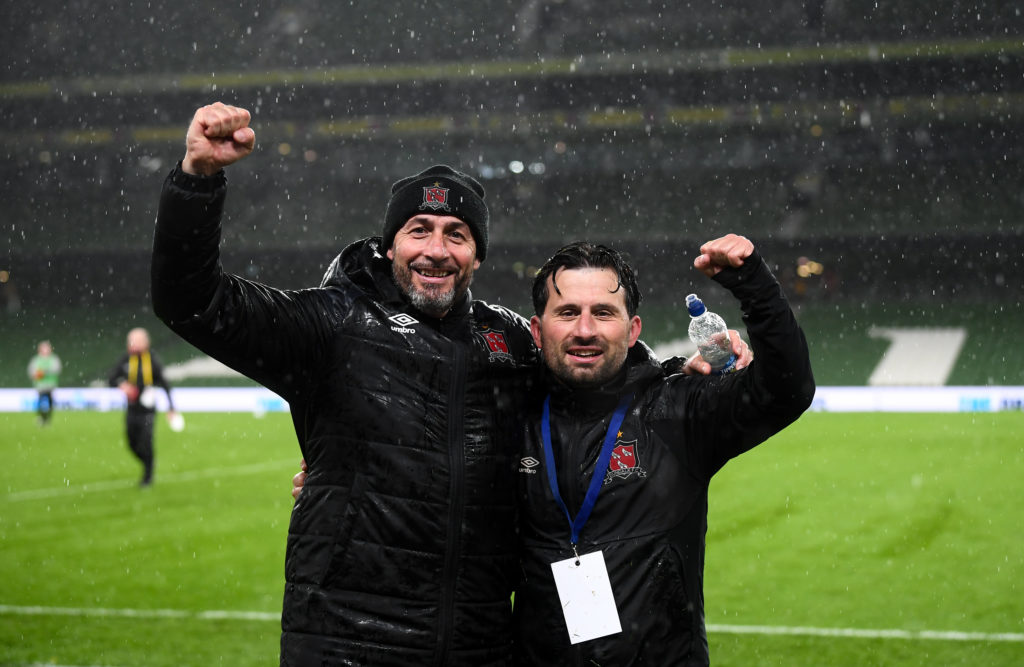 It could get even better based on how well Dundalk perform. They'll reportedly earn €570,000 for a win, €190,000 for a draw and, even if they were to lose all six matches, they are still in line to land around €3 million.

Last night in Dublin, goals either side of half-time from Sean Murray and Dan Cleary gave the League of Ireland side a two-goal lead.

Ole Midtskogen pulled a goal back for the Faroese side with around 25 minutes left on the clock to set up a nervy finish, but substitute Daniel Kelly sealed victory for the Lilywhites.

Prior to Dundalk's European adventure four years ago, where they very nearly beat Russian giants Zenit St Petersburg, Shamrock Rovers made it through to that stage in 2011, where they were drawn in a group with Tottenham Hotspur, but lost every game.