EAMON HOLMES was left positively befuddled by his latest guest on This Morning: a woman who claims to have struck up a sexual relationship with a ghost.

Spiritual guidance counsellor Amethyst Realm made headlines around the globe after revealing she was ditching men in favour of a romantic relationship with an other-worldly being.

Realm first encountered the spirit during a trip around the Australian outback.

Describing the 'ghost' as "ancient, very wise, very kind", in her appearance on This Morning Amethyst also confirmed to Holmes and co-presenter Ruth Langsford that "he" had "been on the planet for a very long time."

According to Amethyst, things soon escalated when the spirit followed her back to England.

Most shocking of all, the pair even joining the "Mile High Club" on the return flight.

After returning to the UK, the spiritualist has set her sights on having children with the ghost.

And if you thought you were having a tough time getting your head around the idea, it was nothing compared to poor Eamon.

From the off, the This Morning veteran was struggling.

"What do you talk about?" was one of his first questions.

"We don't talk," Amethyst explained. "It's more of a spiritual connection."

"I'm trying to understand this. Is this similar to being possessed?" he then asked.

"No, it's similar to a normal earthbound relationship," she replied.

The conversation soon moved on to the subject of babies, or rather ghost babies.

"You're connecting to such an extent that you think you might have a spiritual or physical baby?" Eamon pondered.

Amethyst explained her belief that phantom pregnancies often involved actual phantoms or ghosts that resided in the womb. Eamon was still a little confused.

"So, you will be able to deliver an actual, physical baby, is that what you're saying?"

In fairness to the ITV favourite, Amethyst didn't seem so sure either, suggesting she could have an actual baby or simply a ghost one.

Holmes then offered up a unique theory on the whole thing.

"Maybe this is like having a really nice dream that you can go back into and opt into whenever you want?"

Realm didn't agree though, insisting it was very much real.

"What are you feeling? Are you being touched, are you being held? Is it just conversation?" Eamon asked, clearly baffled by what was going on.

When Amethyst confirmed it was a physical relationship consummated on the flight home, Eamon had to ask: "So, you get turned on, you get excited by this relationship?"

The answer was another resounding "yes".

Eamon's face said it all... 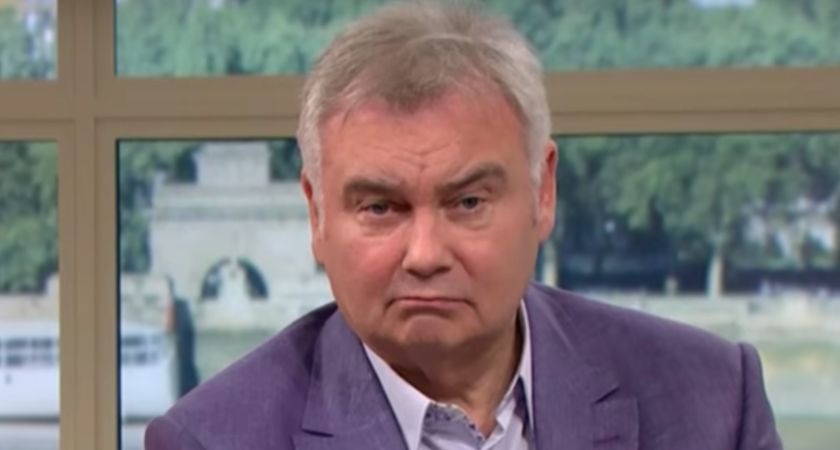 Keen to move the conversation on, Eamon posed the one question we were all wondering:

"You and this person, are things good with you at the moment, do you go on date nights?"

The answer was another resounding yes - in fact, Amethyst confirmed they were planning a handfasting ceremony. Basically, a wedding involving ghosts.

Eamon had other things on his mind though, asking: "Even though he's been around for 1,000 years or something, he'd go to the cinema with you?"

Though Amethyst never confirmed whether she took her ghost boyfriend to the cinema, she admitted things do occasionally get a bit tense between the pair - even though they don't argue.

At that, the interview ended with Eamon looking confused but also ever so slightly relieved.