EAMONN HOLMES was accused by his wife and co-presenter Ruth Langsford of 'mansplaining' during a rather tense moment on Monday's episode of This Morning.

The duo were speaking to psychologist Emma Kenny live on air about anxiety, and while Ruth was reading out some phone numbers for people to call if they were experiencing issues, Eamonn cut in.

"That's exactly what we're talking about, if it's there and in the pit of your stomach and you want to share, please do," he said.

Eamonn then quickly noticed his wife Ruth glaring at him.

"I'm getting that look from my wife which says ..." He added.

Ruth responded: "I was in the middle of reading the number out."

"Darling, I didn't feel that you explained correctly what we ..." Eamonn said to defend himself, but Ruth hit back quickly.

"Well now that you've mansplained it to all of us, let's carry on," she said, as the camera crew in the background burst into laughter. 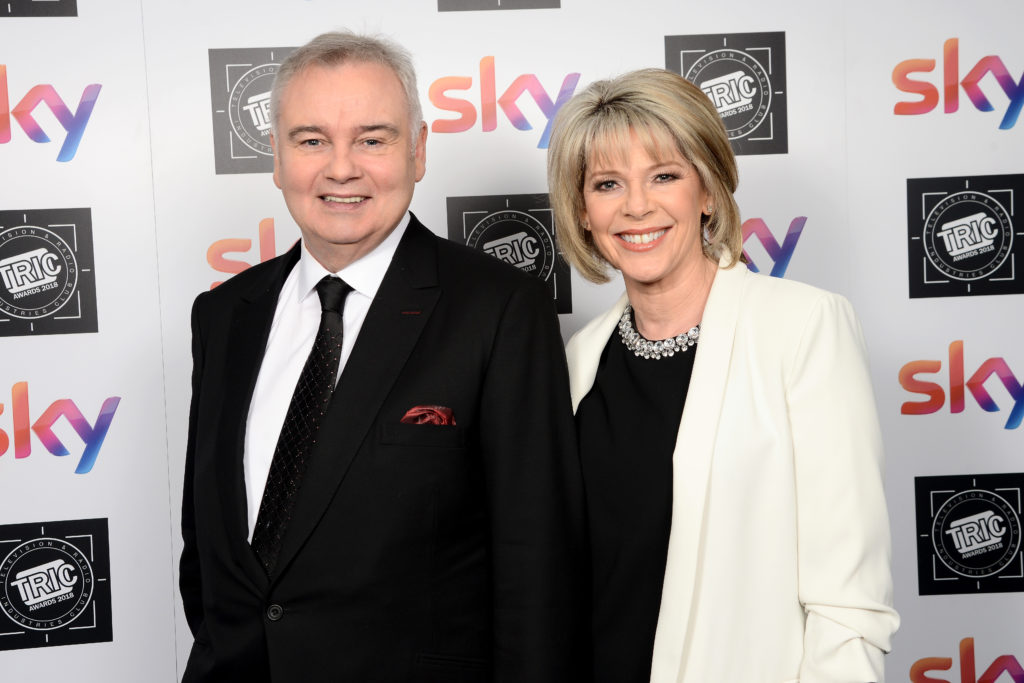 Fortunately for the couple, the camera panned to clips of their colleagues enjoying the conflict, removing some of the tension from the moment.

Eamonn himself saw the funny side too, cheekily asking Ruth, "do you want to read this bit or should I do it?"

I'm sure we've all been in similar situation with our partners, either as the glarer or indeed the glaree, but probably not on live television in front of millions of people slurping away at their cereal.

It's fair to say, the duo played it quite well all things considered.