A SIXTY-FOUR-YEAR-OLD MAN has been arrested in connection with the tragic death of Cardiff City footballer Emiliano Sala, whose plane crashed over the English Channel in January earlier this year.

Police investigating have announced that a man from North Yorkshire has been taken into custody on suspicion of manslaughter by an unlawful act.

As of yet, no information has been released regarding what that act might have been or what kind of involvement it might have had in Sala’s death.

A spokesperson for Dorset Police confirmed the arrest while they said investigations were continuing. They added that both men on board’s families had been notified. 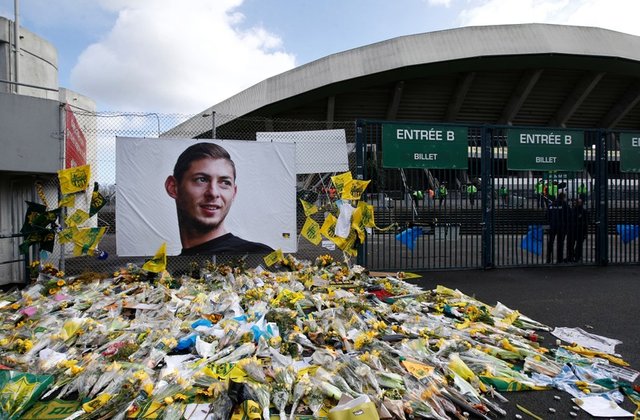 Detective Inspector Simon Huxter, of the force’s Major Crime Investigation Team, said: “As part of this investigation we have to consider whether there is any evidence of any suspected criminality and as a result of our inquiries we have today, Wednesday 19 June 2019, arrested a 64-year-old man from the North Yorkshire area on suspicion of manslaughter by an unlawful act.

“He is assisting with our inquiries and has been released from custody under investigation.”

Sala, along with pilot David Ibbotson, were flying from Nantes to Cardiff so that the Argentine footballer could officially secure his transfer to Cardiff City FC.

Contact was lost though as the Piper PA-46 Malibu flew through a storm just north of the island of Guernsey, and the plane crashed into the ocean.

It took over a week and a half for the wreckage to be found. Sala’s body was recovered but Ibbotson’s is still missing to this day.