EU COMMISSIONER Phil Hogan has been urged to 'consider his position' as more details regarding the controversial Oireachtas golf dinner emerges.

Last week, 81 people-- many of them TDs, senators and other high-profile politicians, attended an indoor dinner event in the Station House Hotel in Clifden, Connemara.

The dinner took place the day after new restrictions-- including that no more than six people should gather in an indoor setting-- were introduced to combat the spread of coronavirus.

The dinner was attended by Minister for Agriculture Dara Calleary and leas-cathaoirleach of Seanad Eireann Jerry Buttimer, both of whom have since resigned from their positions.

Supreme Court Judge Seamus Woulfe and EU Commissioner Phil Hogan were also in attendance, but despite having apologised, neither have resigned their position.

Taoiseach Micheál Martin had initially said he accepted Commissioner Hogan's 'fulsome' apology, however over the weekend it emerged that the Taoiseach and Tánaiste Leo Varadkar had spoken to Mr Hogan and urged him to 'consider his position'.

It has now emerged that the EU Commissioner was stopped in Kildare-- which is under lockdown restrictions due to multiple coronavirus outbreaks-- on his way to the dinner in Clifden.

A Garda stopped the politician and issued him a warning for driving while using his phone.

A spokesperson for Commissioner Hogan confirmed he "stopped briefly" in the lockded-down county, where official advice is not to travel to or stop in. 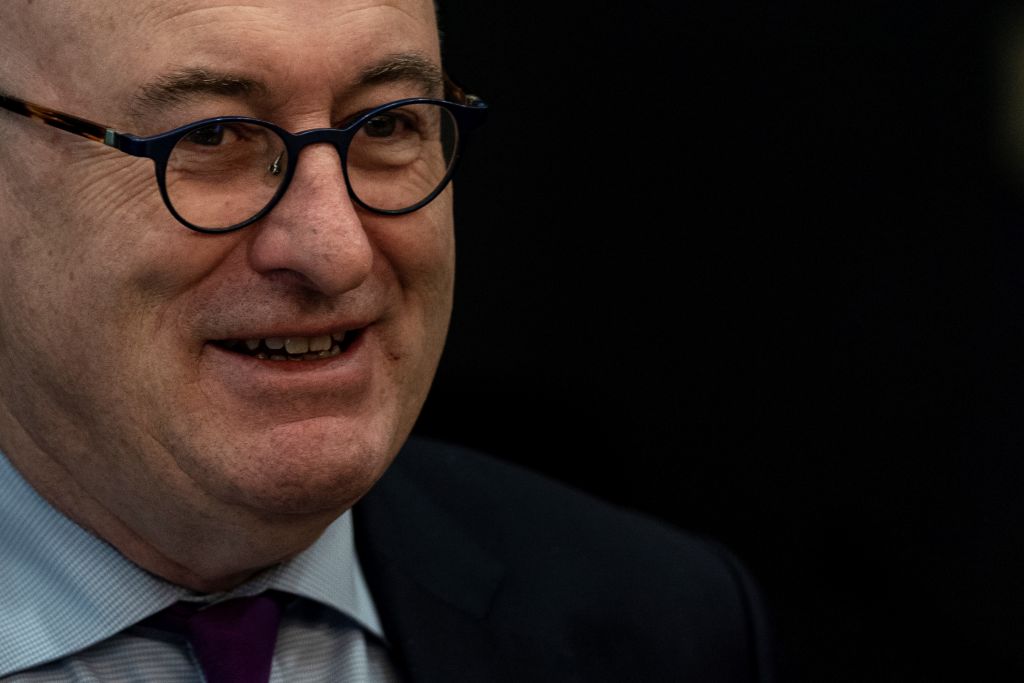 EU commissioner for Trade Phil Hogan was caught by Gardaí using his phone while driving in locked-down Kildare on his way to the Oireachtas golf dinner in Clifden. (Photo by Kenzo TRIBOUILLARD / AFP) (Photo by KENZO TRIBOUILLARD/AFP via Getty Images)

"On the occasion that the Commissioner stopped off briefly in Co Kildare on 17 August, en route from Kilkenny to Galway, he was stopped by a Garda for using his mobile phone while driving," a spokesperson for the Commissioner confirmed last night.

"He stopped briefly at his apartment to collect personal belongings and essential documents relating to the EU-US trade negotiations, which continued while the Commissioner was in Galway."

Mr Hogan, who worked in Brussels, tested negative for Covid-19 when he arrived in Ireland and has since spent time in Kildare, Kilkenny and Galway.

It was previously believed that the politician had left Kildare before the localised lockdown came into effect.

It is reported that the Government are awaiting a 'full account' from Commissioner Hogan regarding his movements in the lead-up to the 'Golfgate' event last week.

Gardaí have opened an investigation into the dinner to identify potential breaches of public health guidelines.