A SIGNED bottle of House of Commons Scotch whisky from Theresa May was the top raffled item at Sky News' Enda Brady's charity fundraiser last week.

Correspondent and Wexford native Brady is an ambassador for the Eve Appeal, a Gynaecological Cancer Research Charity.

Held at Sky News' restaurant The Loft in London last week, the quiz night was led by news anchor Kay Burley and was attended by a host of Irish celebrities, including Eamonn Holmes, Paddy Power and Liam Brady. 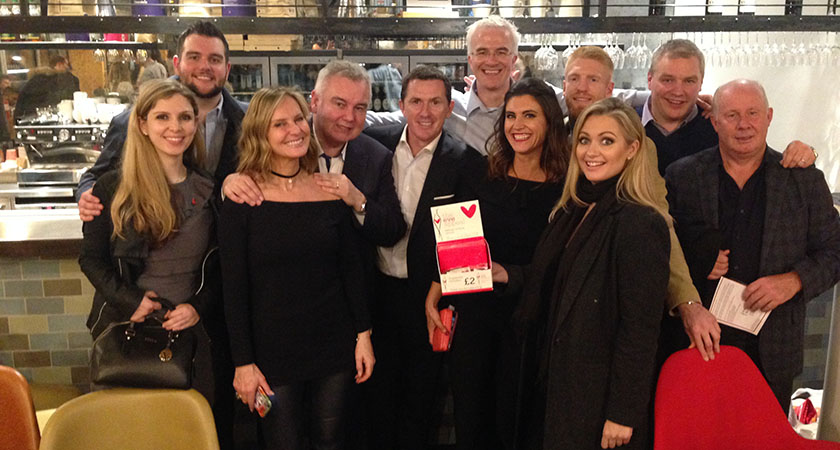 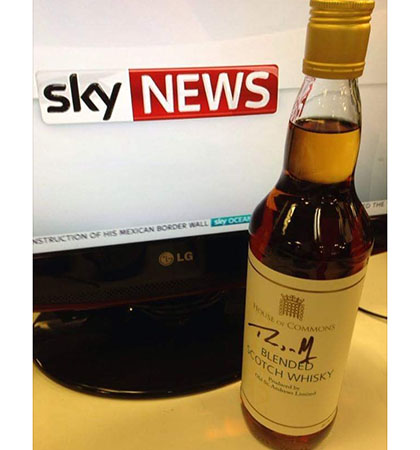 4,000 raffle tickets were sold for this bottle of House of Commons whiskey signed by Prime Minister Theresa May

Alongside the quiz, a raffle featured a signed yellow jersey from Tour de France 2016, donated by cyclist Chris Froome as well as a signed Manchester United jersey, donated by Paul McGrath.

However, the top billed item of the night was a bottle of House of Commons whisky signed by Prime Minister Theresa May, for which 4000 tickets were sold alone.

The much coveted whisky was won by ex-Arsenal player, Irishman Liam Brady.

Organiser Enda Brady told The Irish Post about the evening.

"We had a great night and it was so good to see so many Irish celebrities turn out for the fundraiser and make donations for the raffle," he said.

"The signed bottle of House of Commons whisky from Prime Minister Theresa May was a highlight of course.

"Overall we managed to raise £13,000 in just two hours, which is fantastic for the charity."

Enda Brady is also running the London Marathon for the Eve Appeal, if you would like to donate to this cause you can do so here.