‘Extremely lucky’ surfer rescued after 32 hours in the Irish Sea

A MISSING surfer who survived for more than 30 hours adrift in the Irish Sea has been described as “extremely lucky”.

Matthew Bryce, from Glasgow, had not been seen since he set off from Campbeltown in the extreme south west of Scotland to go surfing at 9am on Sunday.

He was reported missing when he failed to return from his surfing trip off the Argyll coast that afternoon.

Police Scotland and the coastguard launched a large-scale search, with rescue teams from Campbeltown, Southend, Gigha, Tarbert and Port Ellen all involved.

Mr Bryce was eventually found by a search and rescue helicopter at around 7.30pm last night – some 32 hours after he went missing.

The 22-year-old was rescued 13 miles from the Argyll coast before being taken to a Belfast hospital for treatment for hypothermia.

Dawn Petrie, from the Belfast coastguard operations centre, told BBC Radio Scotland that Mr Bryce was conscious when he was found and is in a stable condition.

"He'd been in the water for some 30 hours when the helicopter was delighted to spot him,” she said. "He was extremely lucky.

"Hope was fading of finding the surfer safe and well after such a long period in the water and with nightfall approaching.” 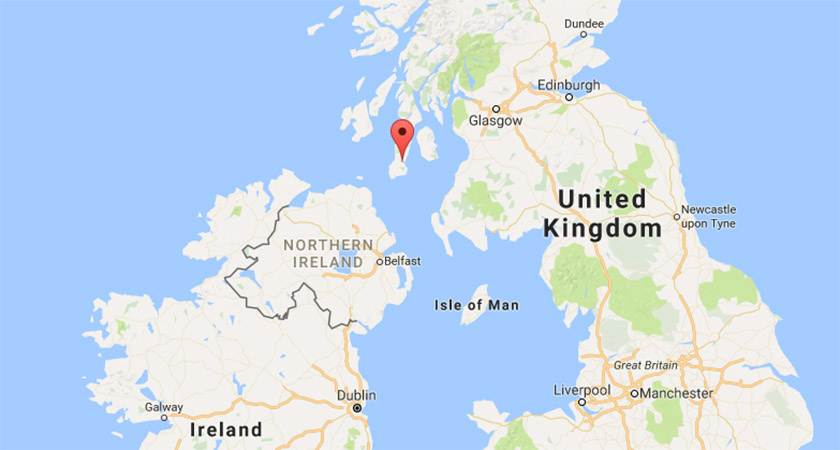 Mr Bryce drifted 13 miles off the Argyll coast before being airlifted to Belfast. Picture: Google Maps

"He was kitted out with all the right clothing including a thick neoprene suit and did the right thing by staying with his surfboard,” Ms Petrie said.

“This must have helped him to survive for so long at sea.”

In a statement, Police Scotland thanked everyone who had been involved in the search.

Chief Inspector Paul Robertson said: "The response to our appeal to find Matthew has been outstanding. It has been a real team effort and I would like to thank everyone who offered their assistance."

"It would've been quicker for us to find him if he had a personal locator beacon, a flare pack or a radio.

"I understand you don't want to be encumbered by too much equipment on a surfboard but even just having a shore contact who will raise the alarm if you fail to turn up.

"This gentleman was already 24 hours late when the alarm was raised."