THE DEBATE is over.

The all-time best Republic of Ireland XI, as voted for by soccer fans from across the Emerald Isle, has been revealed.

It follows the conclusion of an extensive online poll run by the FAI on social media.

With no European Championship to enjoy this summer, the online debate has provided football fans with plenty to discuss.

It’s also given supporters a chance to look back fondly on some of the national side’s greatest moments, from reaching the quarter-finals at Italia ‘90 to qualifying for the 2002 finals ahead of a star-studded Holland side.

Over the past few weeks, supporters were asked to vote for their favourite player in each position.

Premier League stalwart Shay Given got the nod in goal ahead of 1990 World Cup hero Packie Bonner, collecting 70% of the vote to Bonner’s 25%.

There was less debate when it came to left-back with Manchester United legend Denis Irwin the overwhelming winner with 80.3% of the votes. 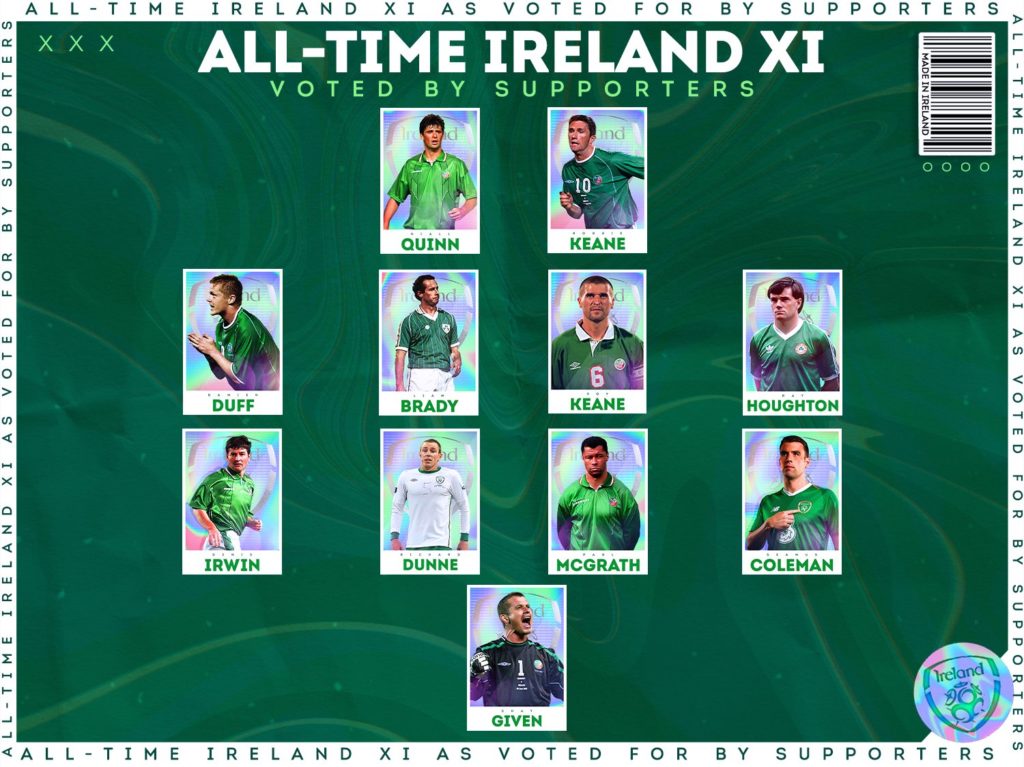 It was a similar story at centre back with Richard Dunne and Paul McGrath getting the nod in what would have been a defensive partnership to savour.

73-times capped Ray Houghton, who famously netted the winner against Italy at USA ‘94, was picked on the right side of the midfield with Damien Duff the obvious option on the left.

And despite solid competition from the likes of Andy Townsend and Johnny Giles, the dynamic duo of Roy Keane and Liam Brady came out as worthy winners for the two midfielders picked to run things from the centre of the park.

That left the two main strikers, with fans ultimately opting for the 2002 partnership of Niall Quinn and Robbie Keane, despite some solid support for John Aldridge.

The less said about Tony Cascarino, the better.