AN UNLIKELY friendship has developed between a disabled calf and a failed cattle dog.

The story of Cupcake and Bo has captured the imagination of the internet.

Born with crooked front legs that did not straighten out as she grew, Cupcake the calf’s birth defect makes moving around difficult.

However, the “downed calf” is making steady progress thanks to the love and care of her owner Genia Kay Meyer.

Meyer agreed to take over caring for the stricken calf from her cousin, who was struggling to provide the baby cow with the care and attention she needs.

Thankfully, Meyer has a furry helper on hand in Bo, her adorable and affectionate dog. 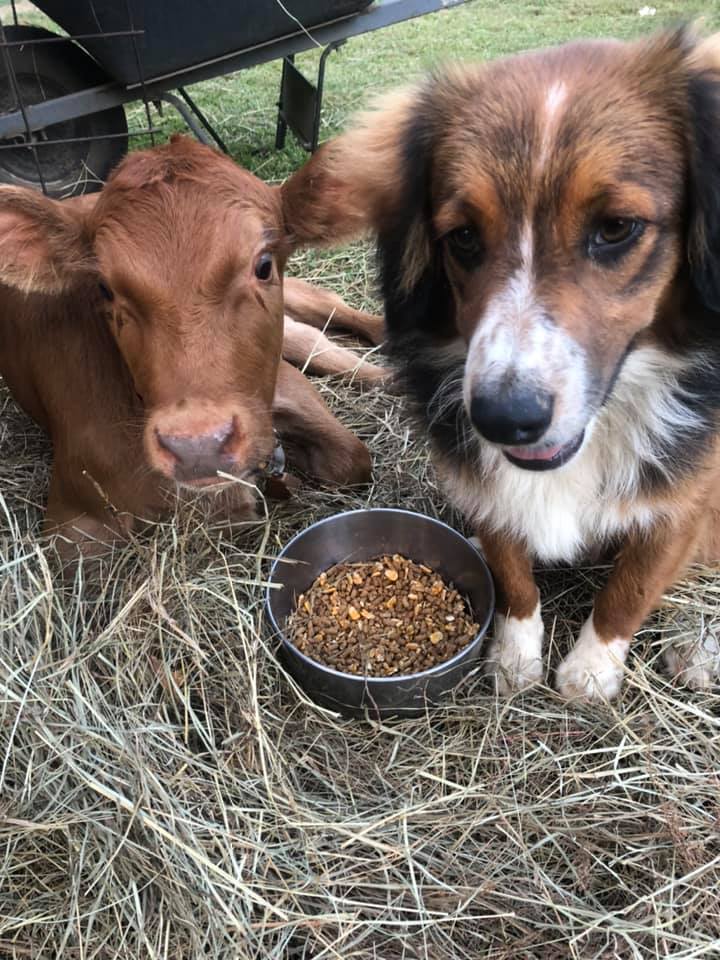 Bo was originally brought to Meyer’s farm to serve as a cattle dog,

However, his owners soon discovered he was unsuited to the work and, specifically, the regular truck rides required as part of the role, which often made him sick.

Unsure of what to do with Bo, fate eventually found a role for the kind canine as a calf dog of sorts to Cupcake, staying close by her side while Meyer feeds her bottles of milk.

"The very first day we took her home and started her on the bottle, he just took up with her and started licking up all the milk off her face, and wouldn’t leave her," Meyer told KFOR.

A special bond built on mutual curiosity and affection has formed in the months since with Cupcake and Bo’s friendship eventually becoming the subject of a Facebook group with almost 2,000 followers. 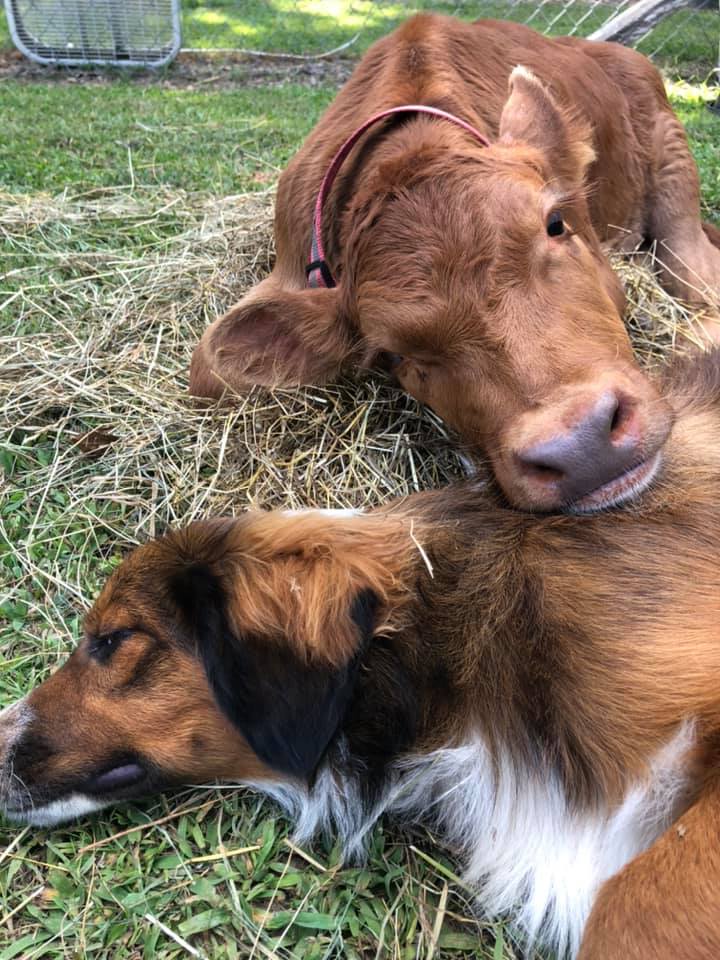 "I don’t know if it was curiosity or what it was, but he just laid by her and stayed with her," Meyer said, describing their bond as "loving" with the pair spending most of their days playing and cuddling.

Cupcake and Bo’s happiest days could be yet to come too.

In the wake of their pair’s newfound social media stardom, Meyer set up a GoFundMe page to try and raise funds to pay for the surgery required to correct the problem with Cupcake’s two front legs. 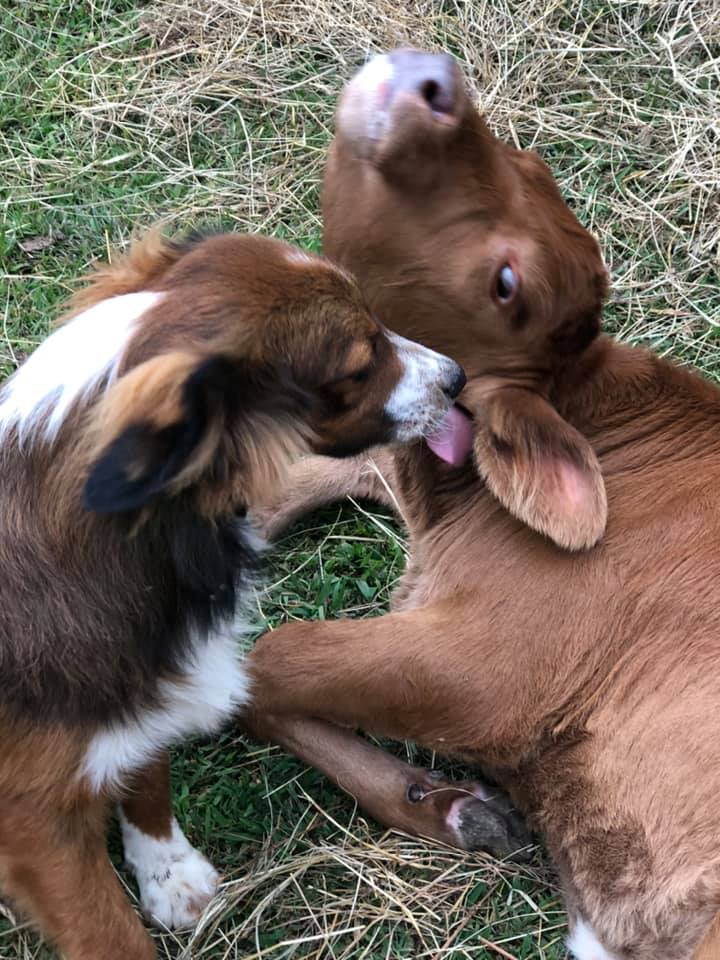 Cupcake now has an appointment with the OSU Veterinary Hospital in what could be the first step towards helping her to walk freely for the first time in her short life.