Feature: Whatever happened to the Celtic way?

CELTIC’S Sligo-born founding-father Brother Walfrid used absolutes to help create not just a football club but a new kind of society in Scotland.

His Christian values as a Catholic Marist brother provided Irish diaspora communities and others throughout Scotland with a new way of life that focused on sport, education and faith as a way of transforming what was in all reality a living hell.

But before the starving and malnourished in Glasgow could build their lives around these principles they had to find a way to survive. Brother Walfrid's first impulse was to feed and protect the most vulnerable and poorest members of the society in which he operated.

Earlier this month, Celtic Football Club celebrated its 128th anniversary, who would've believed the club you've known for all these years, that your parents, grand-parents and even great grand-parents knew would still be thriving.

While being an institution of sporting excellence, this unique football establishment miraculously manages to exist in the hearts and imaginations of the community for which it was founded.

That is why nearly 10,000 Celtic supporters, including shareholders, made their voices heard when the club's reason for being was disregarded by board member Baron Livingston of Parkhead, who voted in favour of cutting tax credits.

Did Lord Livingston consider how many of the club's working-class support benefit from tax credits? Would they still manage to purchase match tickets, replica shirts and Celtic related memorabilia had that extra support been taken from them over-night? Or, more importantly, could they survive? 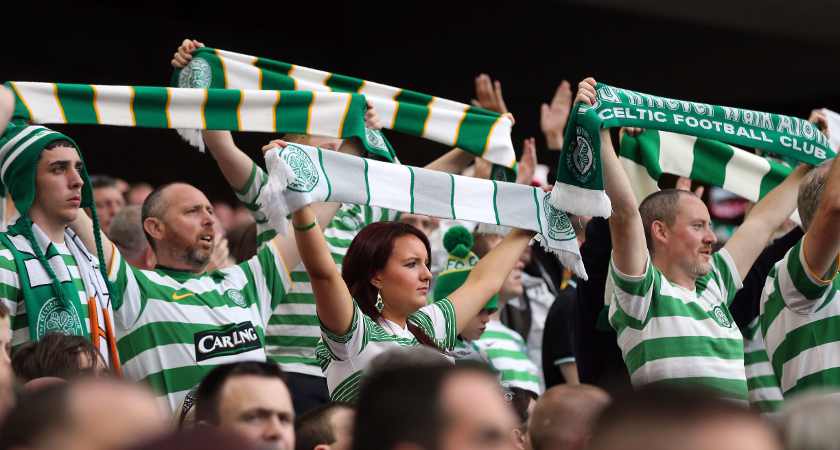 Celtic FC and Parkhead has always appealed to the working-class

This fan-led social media movement is another vital cog in the club's story because it expressed that generations of supporters were willing to, once again, take the club's founding principles into custody.

Supporters called for the Tory peer to be sacked, arguing that his political stance is against the "ethos" of the club. At the club's recent AGM meeting, shareholder Jim Mulligan represented the lion's share of Celtic fans when speaking out on the reappointment of Ian Livingston, describing him as a man "whose job was to impoverish thousands of fellow citizens."

Former Celtic employee, Celts for Change organiser and Alternative View editor Matt McGlone suggested that with these principles “comes a responsibility to adhere to the founding aspects of why our club was formed and Lord Livingston has a clear conflict of interests here. He voted for these savage anti-Walfrid cuts whilst a Celtic board member and that is wrong. In my mind it's unacceptable for Livingston to continue.”

Celtic chairman Ian Bankier made a grave error when he, in an attempt to grandstand, accused the campaign against Lord Livingston as "criminally racist."

He also suggested there had been a "torrent of base personal abuse." This has led many well-established Celtic social media websites to ask: who were the abusers, what did they say and why did Mr Bankier not report them to the police?

Police are now said to be investigating anti-Semitic tweets by a tiny and unrepresentative minority.

While this is a vile, degrading and sickening aspect in these unfolding events, we can't lose sight that the majority of Celtic supporters are in opposition to racism in all its forms.

To this observer the campaign has been fronted by decent men and women who had no interest or knowledge of Lord Livingston's ethnic or religious background nor did they wish to abuse him in this way.

Those who have must be brought to justice. That is why many are now writing to the club to ask for proof as Mr Bankier originally suggested there had been "quite a few cases" in reference to racist abuse. 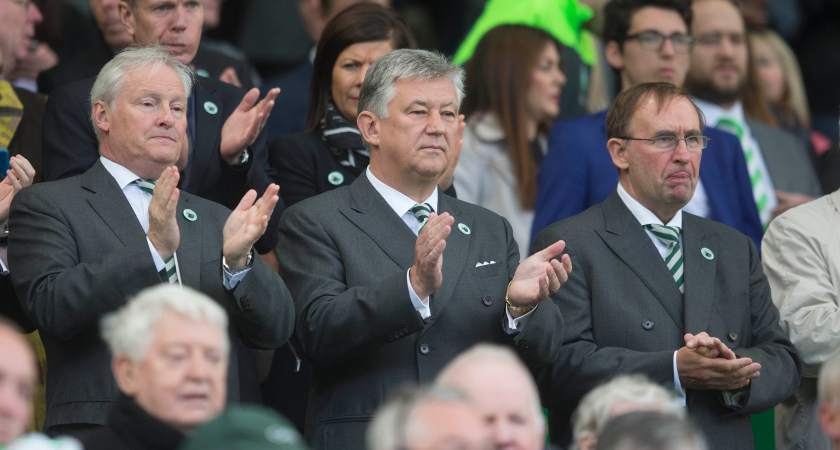 Celtic chief executive Peter Lawwell (centre) with chairman Ian Bankier (left) and director Eric Reilly (right) [Getty]
What the majority of Celtic fans took issue with was the fact that Lord Livingston didn't need to cast a vote that would leave the poorest and most vulnerable members of our society significantly worse off.

Many fans were further disappointed with a patronising statement by the club aimed at trying to recover ground with the well-worn "best fans in the world" line. Mr Bankier also said it was "shocking" that the fan movement summoned the legacy of Brother Walfrid to underscore their point.

This was a wilful misreading of, what has been in the mainstream, a worthwhile campaign in the name of the club's founder. These board members have publically shown their inability to understand the club's greatest asset – a football club created to assist, protect and nourish the poor.

Willie Haughey was a board member during the Fergus McCann era, while he recently admitted that Celtic no longer has the European pedigree that it once enjoyed it has continued to hold a unique position in global football.

He said: "It's very difficult now to be a world class football club, but it is possible to have a world-class reputation."

In the eyes of many that reputation has been tarnished by the behaviour of some Celtic board members and sadly a very small minority of supporters. Can we even call them Celtic supporters? 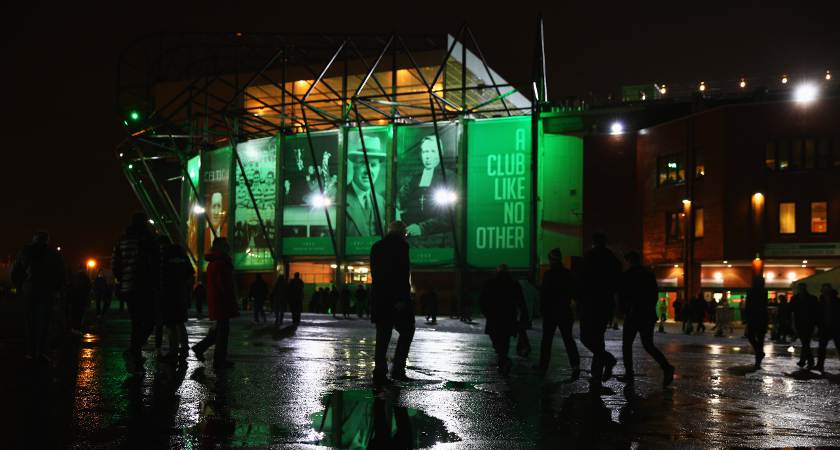 'A club like no other' [Picture: Getty]
Celtic are rightly and thankfully a club for everyone, no fan with even a rudimental understanding of our narrative would argue with that. But neither should we obscure or feel in any way embarrassed about the roots and Catholic ethos of our founder.

Indeed, it was Brother Walfrid's positive Christian values that created our club's egalitarian philosophy 128 years ago and it has served our club and community well. That belief would never abuse or discriminate against another human being because of their religion or ethnic background.

This movement was not and could not have been carried out in the name of racists and haters.

Individualism, racism and hatred violate the cornerstone laid down by our founding father and are not welcome at our football club.

People power works and thankfully George Osborne's ferocious cuts were defeated by a collective voice. Celtic also made its position obvious on the subject of the living wage saying it was not in the interests of the club for the second year in a row.

Labour MSP James Kelly made his feelings clear prior to the AGM meeting. "It's high time Celtic remembered its origins and became an accredited living wage employer. Tomorrow presents the board with this opportunity which I hope they grasp."

Celtic accused the season-book holder of making the statement for "his own political purposes." Perhaps like many of us Mr Kelly cares about the ethics of a team that he has an emotional and life-long connection to rather than trying to pull a cheap publicity stunt.

Celtic are a club in danger of losing their populist and international appeal, they are alienating the fans that have always been the club's life-force. Celtic choosing to become a living wage employer could have been a powerful symbolic gesture enhancing the club's standing and cultural capital.

Instead, the board have scored another embarrassing own goal. Many of us are now left to ponder, whatever happened to the Celtic way?