A SPECIAL plaque is to be unveiled in London in memory of Britain’s ‘Forgotten Irish’.

On June 26, at 2pm at the London Irish Centre in Camden Square, the Friends of the Forgotten Irish will unveil a memorial to their memory.

The ceremony, in partnership with the London Irish Centre, will be performed by Ambassador Dan Mulhall, Mayor of Camden, Councillor Richard Cotton and Margaret Brown of the Friends of the Forgotten Irish.

“We are delighted to provide a site for this significant memorial plaque and to honour those who did so much in so many different ways to create this vibrant, special city.” 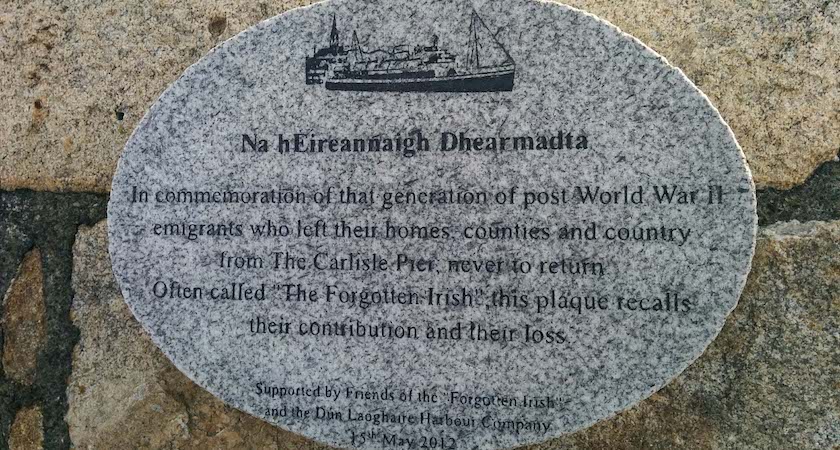 The new London memorial follows a similar plaque unviled in Dublin in 2012.

Hundreds of thousands of Irish came to London after World War II and helped to rebuild a city and country devastated by war and conflict.

These men and women were instrumental in rebuilding the city and providing the skills, energy and expertise to restart the economy in London.

They created a pathway for future generations of Irish who would make London their own.

Many achieved success and prominence, but for others, their contribution has been forgotten and it is these people, who worked in the construction industry, in hospitals, catering, offices and schools, who are to be remembered in this ceremony.

This memorial will be a sister plaque to the Commemorative Plaque unveiled at the East Pier in Dún Laoghaire, Dublin in May 2012.

“Given its heritage, the London Irish Centre is a fitting site for this community connection across the Irish sea,” the centre said in a statement.

“We invite the Irish community in London to join us in paying tribute to these pioneering members of our community – no tickets or booking is required.”

The plaque wording will be as follows:

both men and women, who left their homes, counties and country.

They came to work and rebuild this city and country, ravaged and destroyed by war.

Sometimes called the The Forgotten Irish many would never return to Ireland.

This plaque recalls their contribution and their loss.