AN IRISHMAN who once battled heroin addiction and depression has become the fastest rower to cross the Atlantic ocean solo.

The Galway native arrived into Antigua’s English Harbour after a 3,000-mile voyage across the ocean from the Canary Islands.

Hennigan’s official time of 49 days, 11 hours and 37 minutes means he smashed the previous record for the quickest Atlantic crossing by an Irish rower.

The previous record was held by Sean McGowan who completed his row in 118 days – 69 days longer than it took Hennigan.

Speaking as he arrived to a hero’s welcome in Antigua, Hennigan said: “It was pretty tough, those last few days holding off the team behind me – I was rowing non-stop, but I was determined to finish third. 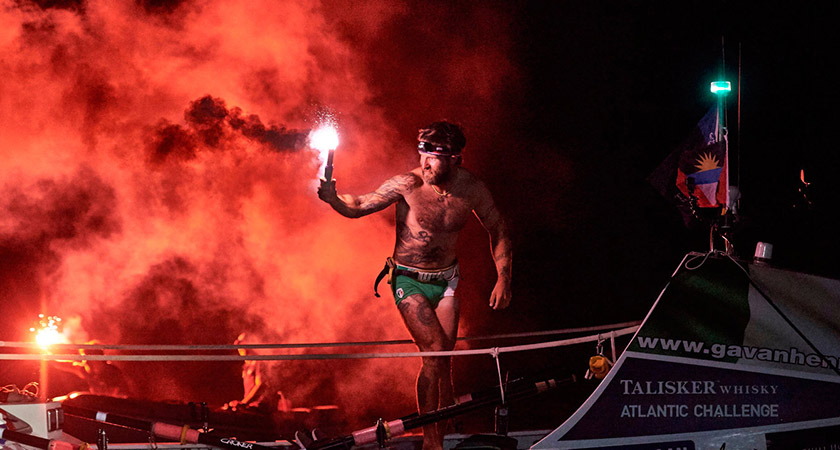 “Coming into the finish line tonight was just an incredible atmosphere. It was an epic adventure, and I'd absolutely want to do it again.”

Hennigan set off from the Canary Islands on December 14 and was one of four solo entries.

He was joined on board by 90 days’ worth of ration packs and a satellite phone to keep in touch with friends, family and race control.

His third-place finish made him the highest-finishing solo rower of the event.

The achievement is a world away from the days Hennigan spent in squalor in east London as a heroin addict in the early 2000s.

“In my late teens and early 20s I was heavily addicted to drugs and alcohol. At the end of it, I was living in a squat in east London, in a bedroom with no curtains, just black bags and a mattress on the ground,” Hennigan told The Sun before setting off on his epic journey. 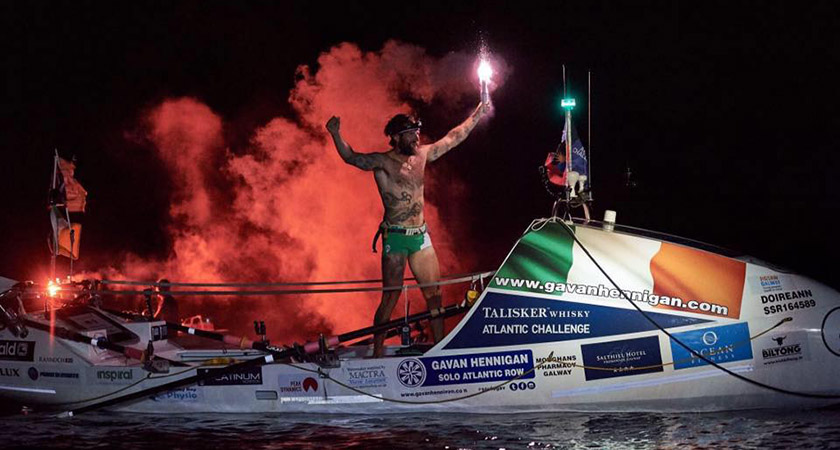 “I would wake up in the morning and smoke heroin and then go back to sleep. It was a pretty dark place. I had a suicide attempt at 21 not long after coming out of rehab – I just couldn’t deal with the fact I was gay.

“I had a lot of personal struggles. I feel like having come back from the brink, that dark place in my mind, I don’t feel like something like this challenge could faze me too much – this is just for fun.”

The race winners, Anglo-American foursome Latitude 35, arrived in Antigua after just 35 days, which stands as a new overall record.

British quartet Row for James completed their Atlantic voyage after 39 days and raised more than £500,000 for suicide prevention centres in the process.

Report estimates there are 12,000 problem gamblers in Ireland