Disgraced footballer Darron Gibson has tried to dodge a community service order over a drink-drive crash – saying he is too busy to do it due to “pressing work commitments”.

The ex-Manchester United and Sunderland player had been ordered to do 250 hours unpaid work for his second excess alcohol offence after crashing his Mercedes 4x4 whilst three time the limit on St Patrick’s Day.

But the 32 year-old, who is believed to be currently on holiday, had only completed nearly 78 hours since the order made in May last year, leaving him 172 hours short.

His lawyer, Peter Grogan, mounted a legal challenge at Manchester Magistrates Court this week, claiming Gibson’s football career has left him “struggling” to carry out the rest of the work. 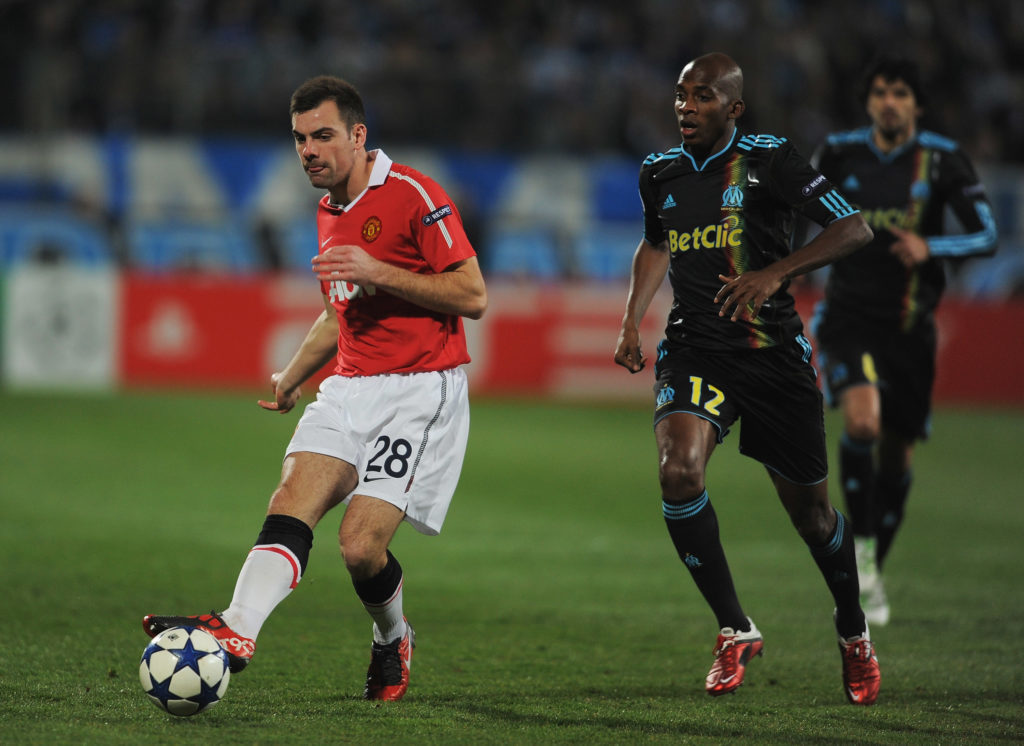 Darron Gibson of Manchester United is closed down by Charles Kabore of Marseille during the UEFA Champions League round of 16 first leg match on February 23, 2011 in Marseille, France. (Photo by Michael Regan/Getty Images)

Mr Grogan urged the court to let the footballer off doing the rest of the hours which is thought to have involved picking up litter and painting fences.

He said: “This is an application to remove an element of the community order. You will be aware that he has been engaging and has made good progress.

“But whilst the progress has been good, due to pressing work commitments, he is struggling to meet the requirements of the order and still has one more year to go. He apologises for not being here but he is on a family holiday.

“It was a pre-booked holiday and he went to Spain on May 22. His training resumes next month.”
But the request was refused after the court heard the father-of-two was not present for the hearing - due to him jetting off on a family holiday to Spain on May 22.

'He will have time'

Judicial officers said he would have time to carry out the work now the football season had finished.
They added: “On the basis of work commitments, the football season is coming to an end, so it is possible that he will have time. The bench is mindful to refuse the application.”

He was last seen on the subs bench during Wigan's last Championship match against Millwall on May 5 and has since been released by the club.

The footballer was given a two-year community order with 250 hours of unpaid work after a district judge in Sunderland found him to be suffering from “significant psychological issues”.

He had been previously been banned from driving in 2015 when his car hit three cyclists while he was 12 points over the alcohol limit.