Paul Whelan has been sentenced on spying charges

A FORMER US Marine has been sentenced to 16 years behind bars after being found guilty of spying charges in Moscow.

Whelan was arrested in Moscow in December 2018 in possession of a USB drive.

This, according to Russian security, contained state secrets.

Whelan has steadfastly maintained his innocence since his incarceration, explaining that he was in Russia to attend a friend’s wedding.

He said he was preparing for the wedding ceremony in Moscow when another old friend turned up unexpectedly and gave him a USB drive. 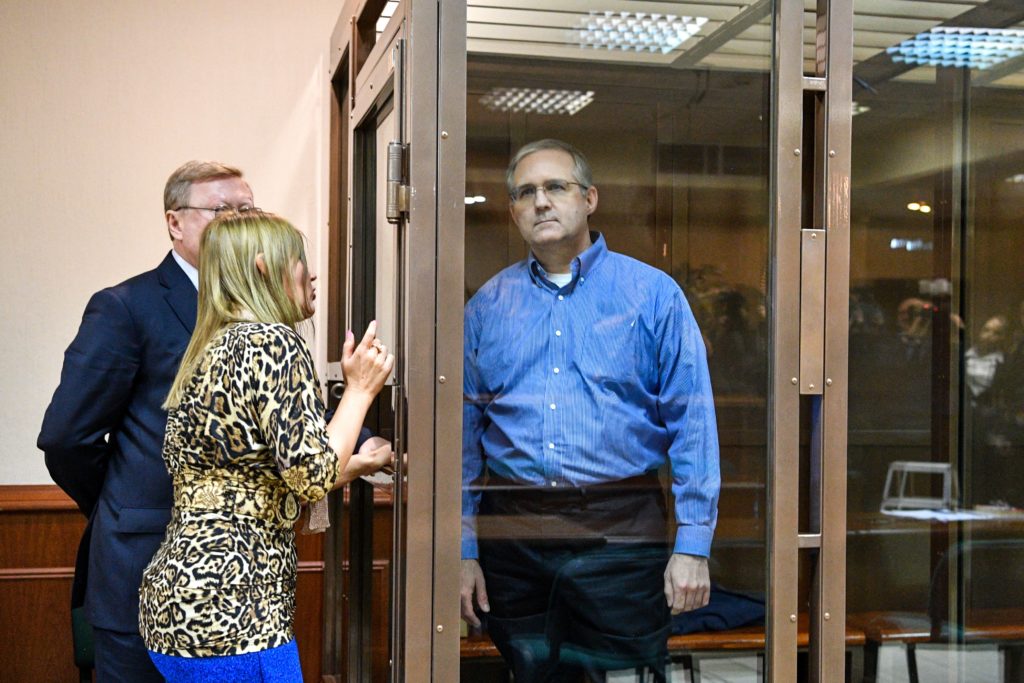 Paul Whelan, a former US Marine accused of espionage and arrested in Russia, listens to his lawyers while standing inside a defendants' cage during a hearing at a court in Moscow

The person alleged to have given the drive to Whelan is believed to work for Russia’s FSB security services.

Whelan has pleaded innocent to all spying charges, saying he was set up. He has called the trial a "sham", pointing out that without an interpreter, he could not even understand the proceedings.

At Moscow City Court last week he was found guilty of receiving classified information and sentenced to 16 years in high security prison. His lawyers said he would appeal.

It has been suggested that Whelan could be used in a prisoner swap for high-profile Russians in US custody, although Kremlin officials have dismissed this.