Last night, iconic Irish landmarks lit up in the colours of the French flag as Ireland prepared to welcome President Macron to Dublin for a one-day trip.

Today, President Macron met President Higgins in the Áras an Uachtarán in Dublin's Phoenix Park, where they discussed some of the most pressing global issues including the future of the European Union post-Brexit, social Europe, Africa, and the crisis facing the global Covid-19 vaccination programme, as well as the climate crisis and the emergency situations in Afghanistan, Ethiopia and Haiti.

In a statement from the Áras, an official spokesperson wrote that the leaders met to build "on the very close and positive bilateral relationship between the two countries, a partnership based on the shared European values of tolerance, respect for human rights and a commitment to multilateral cooperation."

"President Higgins stressed his support for a social Europe, and the need to develop new connections between economics, ethics and ecology." 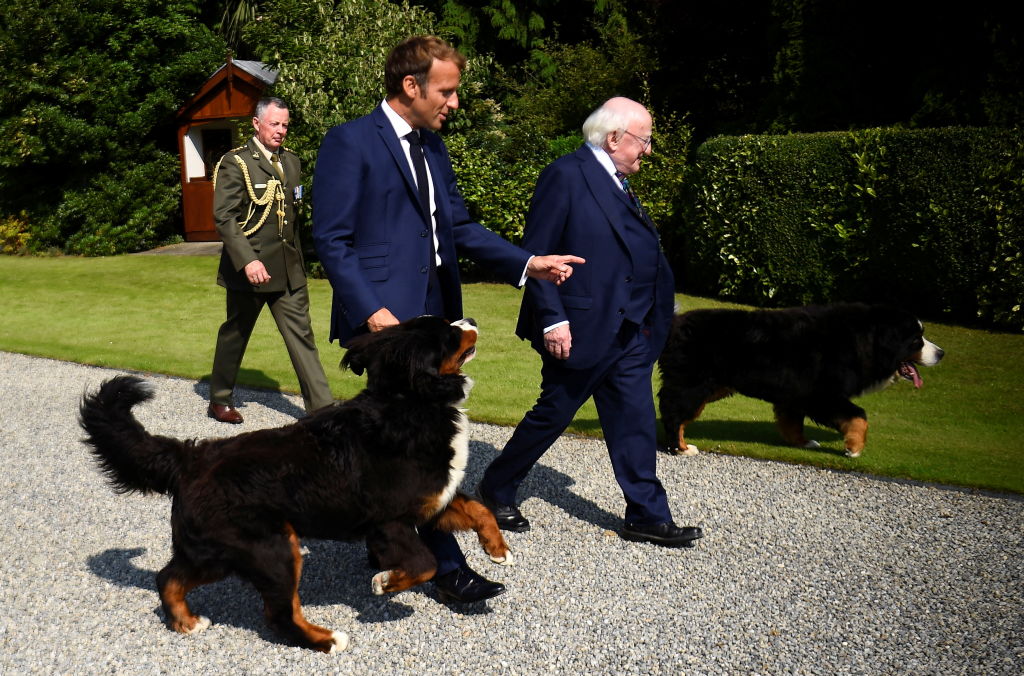 Ireland's President Michael D. Higgins and French President Emmanuel Macron (L) walk surrounded by Ireland's President dogs as they meet at Aras an Uachtarain, the official residence of the president in Dublin, on August 26, 2021. (Photo by CLODAGH KILCOYNE/POOL/AFP via Getty Images)

President Higgins thanked President Macron for his continuing support for Ireland, "our shared ideals in the European Union and France’s assistance in relation to our citizens in Afghanistan."

President Macron echoed the sentiments of Irish leader, calling Ireland a trusted friend of France, and pointing out that the France is now Ireland's closest neighbour within the European Union since Britain's departure.

He added that Ireland is "occupying a precious place at the heart of the European dream", RTÉ News reports.

President Higgins invited his French counterpart to ring the Peace Bell on the grounds of the Áras, a tradition for visiting overseas leaders visiting Ireland. 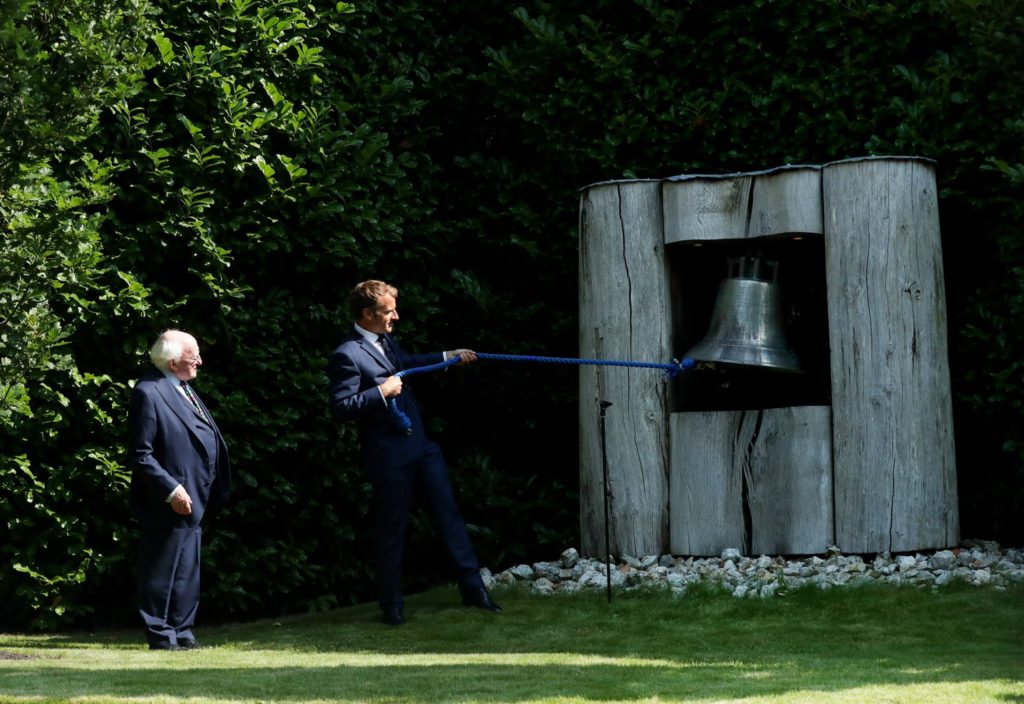 The monument was erected on the 10th anniversary of the Good Friday Agreement, with the working bell supported by oak trunks from Dublin in the Republic and Antrim in the north, to recognise the peace brought about by the historic agreement which formally ended the 'Troubles'.

President Macron will also meet with Taoiseach Micheál Martin later today, followed by a joint press conference before a reception is held in his honour at the Áras.