2017: James Michael Tyler aka Gunther meets fans in Central Perk on the 29th anniversary of the show's release (Photo by Rob Kim/Getty Images for Warner Brothers)

FRIENDS STAR James Michael Tyler, who played Gunther in the hit show, has revealed he has stage four prostate cancer.

The 59-year-old, best-known for playing the beloved recurring character who appeared in more than half of the show's 236 episodes, revealed the devastating diagnosis in an interview with American broadcaster NBC yesterday.

Speaking to the Today Show, the actor said he has been living with the disease since being diagnosed in September 2018.

Despite intensive treatment, the cancer has spread to his bones and he can no longer walk, he said, adding "Eventually ... it's gonna probably get me."

Mr Tyler was 56 when he was diagnosed with the disease following a routine physical examination which revealed an "extraordinarily high number" of prostate-specific antigen, or PSA.

He received a devastating call from his physician, who said it was likely he had "quite a serious problem with [his] prostate".

But the Covid-19 pandemic caused Mr Tyler to miss a further test, and at his most recent examination it was found that the cancer had spread to his bones. 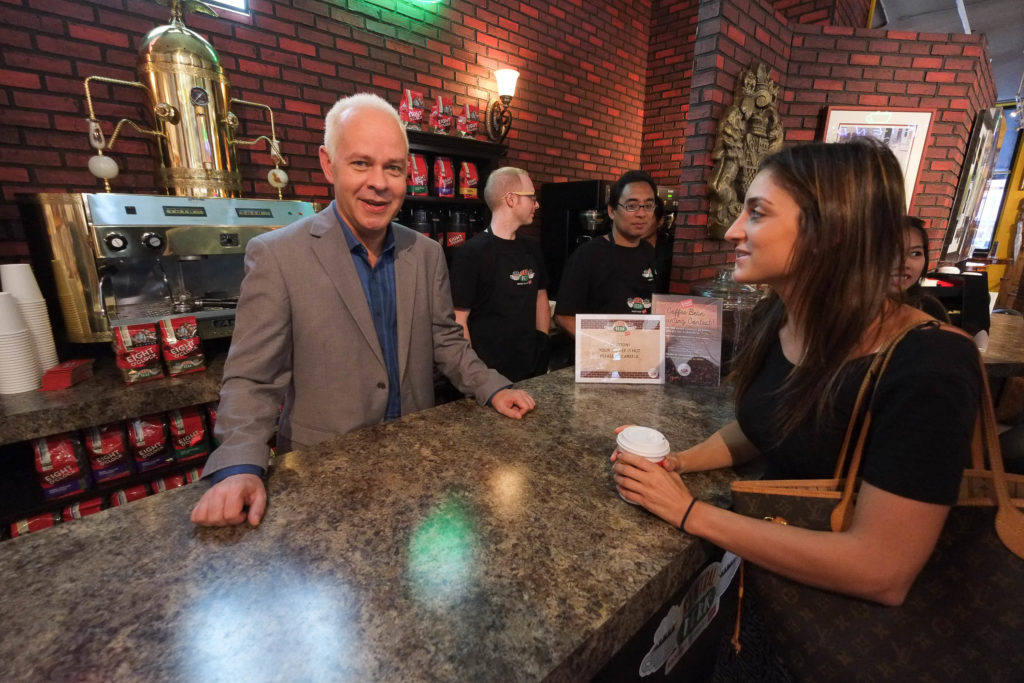 2017: James Michael Tyler aka Gunther meets fans in Central Perk on the 29th anniversary of the show's release (Photo by Rob Kim/Getty Images for Warner Brothers)

The actor confirmed the cancer was "late stage", and at stage four "it's gonna probably get me".

He urged other men to attend their prostate appointments and to get checked as soon as possible, as "there are other options available... if they catch it before me".

Friends fans had been disappointed after the actor made just a brief appearance at the recent reunion show, but Mr Tyler's news has provided some answers as to why he did not attend the show in person, as he told the Today Show "I didn't want it to be like, 'Oh and by the way, Gunther has cancer'".

Appearing on Zoom during the reunion show, he said his time playing the role of Gunther on Friends "was the most memorable 10 years of my life".

"I could not have imagined just a better experience. All these guys were fantastic and just a joy to work with. It felt very, very special."