IT’S THE twist Game of Thrones fans everywhere are talking about.

The most recent episode of the medieval fantasy series, The Last of the Starks, posed plenty of questions.

However, the most pressing of these was one the show’s creators probably hadn’t planned for: was that a Starbucks coffee cup?

Spotted during a scene involving Emilia Clarke’s Daenerys Targaryen, it wasn’t long before the internet was awash with theories as to why the cup was there.

Some saw it as a nefarious attempt at product placement, though most just assumed it was an uncharacteristic slip-up from an otherwise faultless show. 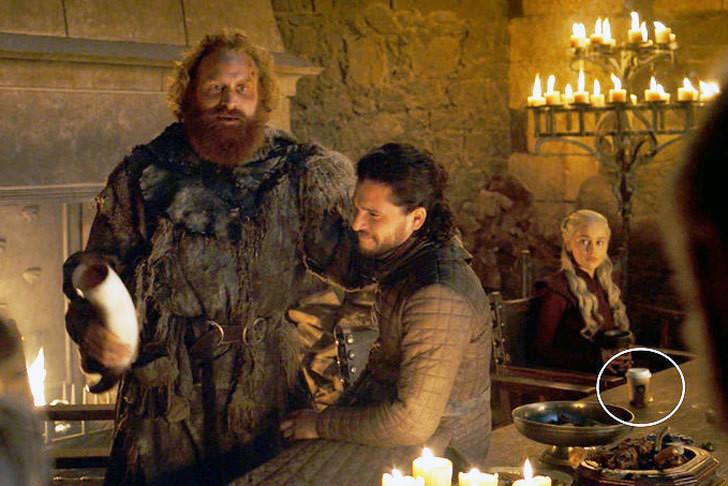 Now HBO has broken its silence on the hot topic, with executive producer Bernie Caulfield owning up to the mistake and issuing an apology to fans.

“We’re sorry!” he told WNYC radio, joking “Westeros was the first place to actually, you know, have Starbucks.”

He added that the gaff was rare for a show where “prop people and decorators are so, you know, so on it 1,000 percent,” adding that “if that’s the worst thing they’re finding, then we’re in good shape.”

“Starbucks, send us money!” he added, doubling down on the joke.

Starbucks, for their part, didn’t miss the opportunity to plug one of its coffee products one last time, tweeting: “TBH we're surprised she didn't order a Dragon Drink.”

HBO also saw the funny side, issuing a short apology while confirming that “the latte that appeared in the episode was a mistake. Daenerys had ordered an herbal tea.”

Next week: Jon Snow and the gang prepare to do battle with the flat white walkers!