A GROUP of heartless kids laughed and joked as they set the tent of a homeless man ablaze with him still inside in North Dublin on Tuesday night.

A witness told of how the kids tried to set the tent on fire a number of times before eventually succeeding by lighting it from the top, forcing the man out.

They had initially been throwing rocks and sticks at the tent, while the man inside tried to ignore them. 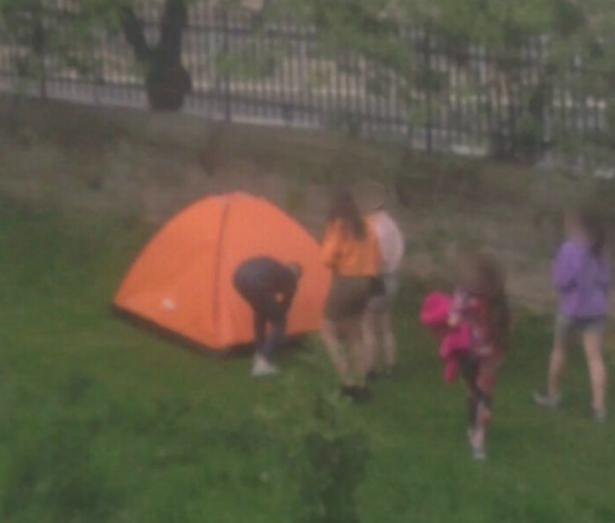 Once it was on fire, the kids ran away laughing before a local council-worker, who walked by, stopped to put the fire out.

The homeless man was able to escape the tent unharmed.

The incident happened in Cabra, a suburb of Dublin, and local resident John witnessed the whole thing from his apartment window.

“From where I am you can see quite far. A couple of days ago someone moved in with a tent,” he said.

“Whoever did it wasn’t doing any harm. We didn’t see them.

“Last night (Tuesday) around 8pm, I hear kids shouting and running. So I look out the window and I saw a man getting out of the tent.

“There was this big group of kids aged around ten and there was probably about ten of them. They were running out across the road.” 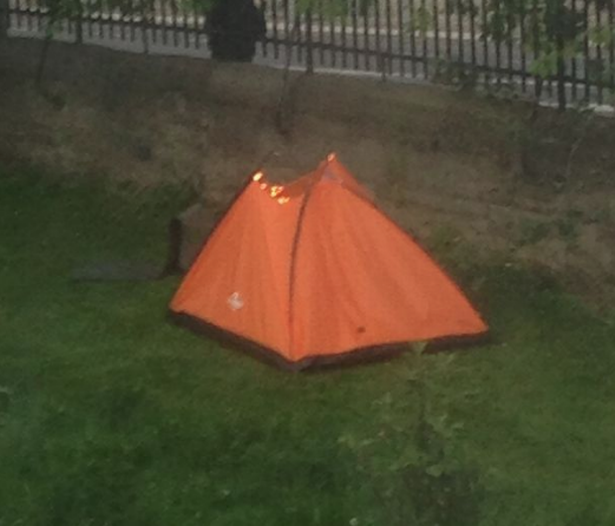 He initially saw the children throwing things but once their conversation turned to starting a fire, he phoned Gardai.

“About a minute later the group of kids came back and were chucking things at the tent. Rocks and sticks and things.

“So I don’t know what had gone on before but he had gone back in (the tent) and was ignoring it.

“Then they start talking about setting fire, and that’s when I called the guards.

“One of them ran up and lights the bottom of the tent and runs away.

“It run out and they run back and do it again.

“Eventually they light the top and the group of them runs off. The man climbs out so he’s safe, he’s out.

“Within a couple of minutes the whole tent is on fire," he said.