GARDA whistleblowers John Wilson and Maurice McCabe do not expect an apology from the Minister for Justice Alan Shatter over the recent scandals attached to the force.

“On a human level I’d like an apology but I’m not holding my breath. Minister Shatter and Commissioner Martin Callinan don’t do apologies.

“Alan Shatter now knows that me and Maurice McCabe were right but he still won’t come out and apologise.

“Both Callinan and Shatter live in an imaginary world. They are totally detached from reality.”

The report found that there were consistent and widespread breaches of policy by those charged with administering the penalty points system.

The Garda Inspectorate spent eight months investigating how the penalty points system works in practice and how it could be improved. 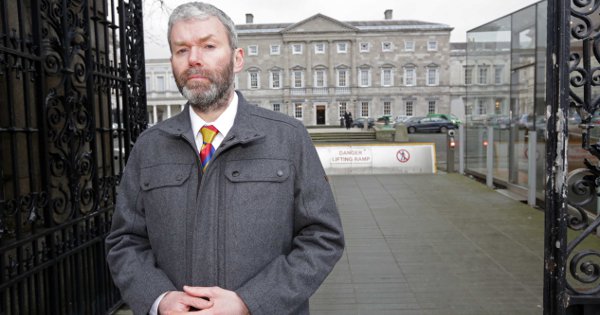 The Minister for Justice had asked the Garda Inspectorate to review the penalty points system as well as the original O’Mahoney report into the scandal.

Mr Shatter said: “There is a major administrative dysfunction, a failure of management oversight and these are all issues that we need to ensure are addressed, that there’s full transparency to the system and that there’s no doubt about its integrity.”

Mr Wilson said the penalty points scandal was only the beginning in terms of dealing with alleged malpractice but previously told The Irish Post that he had no confidence in Minister Shatter to deliver reform.

“This is the mere tip of the iceberg in relation to malpractice in the guards,” he said.

“There will be a tribunal of enquiry and I’m calling for the terms of reference to be broadened. I don’t want scapegoats. I want this to be done properly. The Garda Ombudsman does not have the proper resources or manpower to conduct a thorough investigation.”

Meanwhile, Mr Wilson confirmed he will run as an independent candidate in the Cavan area.