GARDAÍ HAVE issued an appeal to the public... to help find the owner of an adorable puppy.

In what is a welcome change from the torrent of bad news, bad weather and frustrating election discussion of the past few days, An Garda Síochána are using their platform to help spread some 'puppy love' (I do not apologise for that pun) (or should I say a-paw-logise?).

Gardaí posted the appeal on their official Twitter account alongside a photo of the young pup, which appears to be a baby Staffordshire Bull Terrier. 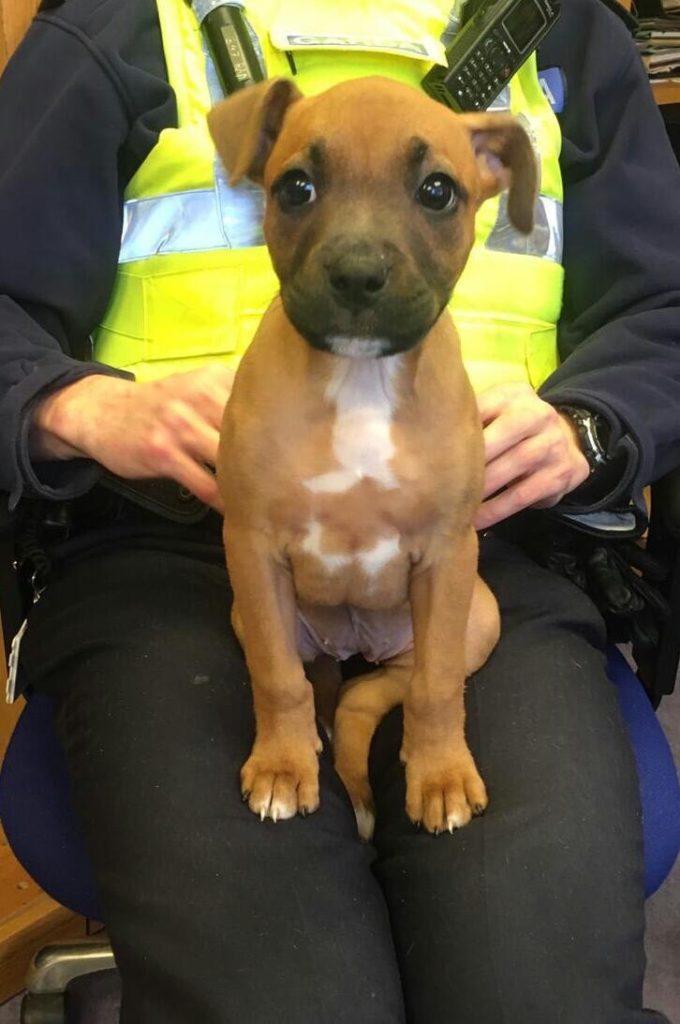 And they even got in on the puns, saying the lost pup was having a 'woof' day.

"You think you're having a woof day?," an admin wrote.

"This pup was found lost in Crumlin village by a member of the public. It's currently in Crumlin Garda Station keeping everyone entertained."

They urged the owner to get in contact with Crumlin Garda Station, and reminded people that proof of ownership would be required-- because our guess is there are a lot of people out there who would gladly offer him a home.

People replying to the appeal were quick to get in on the jokes, with one person asking 'Had he nothing to say during his interview?' and another joking 'Stop in the name of the paw!'.

There's no word on any owner yet, but we're sure the Gardaí are following some...leads.