GUINNESS has joined Carlsberg in removing plastic from beer packaging over environmental concerns.

From August, the iconic Irish stout will no longer use plastic ring carriers and shrink wrap for multipacks.

The plastic will instead be replaced with 100% recyclable and biodegradable cardboard.

The new packaging will appear on shelves in Ireland in August, while the UK and other international markets will follow next year.

Carlsberg was the first beer giant to ditch plastic last September, creating a special glue that holds cans together in "snap packs" – which it estimates will reduce plastic waste by more than 1,200 tonnes a year.

Guinness owner Diageo, the world's biggest spirits company, is also removing plastic packaging from other key beer brands such as Harp, Rockshore and Smithwick's as part of a €18.5million (£16m) investment to reduce the impact of pollution on the oceans and sea life. 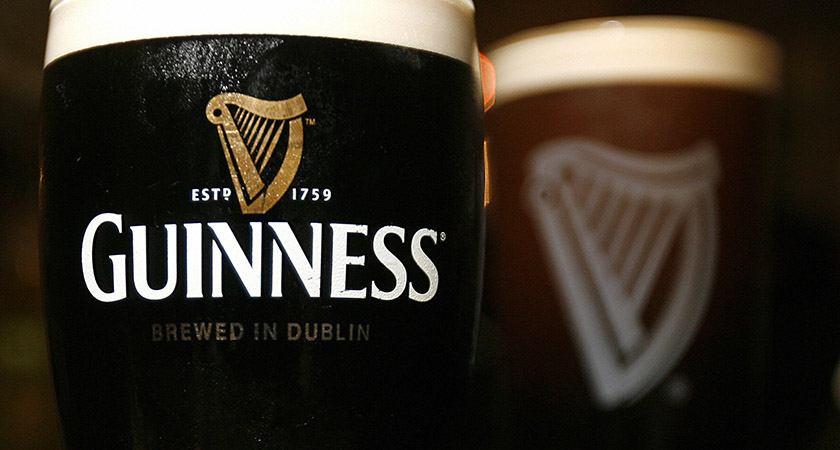 Diageo's bottling and packaging plant in Northern Ireland will be the first site to switch to the new packs, with €9.25 million euro (£8m) being invested into the east Belfast facility alone.

Oliver Loomes, country director of Diageo Ireland, said: "Managing our environmental impact is important for the planet and the financial sustainability of our business.

"For 260 years Guinness has played a vital role in the communities around us. We already have one of the most sustainable breweries in the world at St James's Gate and we are now leading the way in sustainable packaging.

"This is good news for the environment and for our brand."

London-based Diageo – which also counts Baileys and Johnnie Walker whiskey within its huge portfolio of brands – currently exports its drinks to more than 100 countries around the world with around 5% of its packaging made up of plastic.

The firm's new plastic ban will be equivelant to removing 40 million 500ml plastic bottles from the environment each year, which if laid out end-to-end would reach from London to Beijing.