DIAGEO HAS unveiled a new Guinness ale the company is describing as a “hearty and full-bodied beer” and it comes with a hefty kick at 10% ABV.

Guinness Stock Ale Aged in Bulleit Bourbon Barrels is a blend of Guinness Barleywine and a Guinness Imperial Stout – as in keeping with standard stock ales, which are usually a blend of two distinctive styles.

Both beers have been aged in Bulleit Bourbon barrels before being blended together for the limited-edition brew.

Described as a “hearty and full-bodied beer with notes of nutty chocolate, raisins, roasted barley and sweet dark fruit” the brew has an ABV of 10% and will be sold in 11.2oz bottles.

But before anyone in the UK or Ireland gets a little too excited, it should be mentioned that this particular Guinness incarnation has been made exclusively for the US at the new Guinness Open Gate Brewery in Baltimore.

“One of the really cool things about brewing a stock ale is that you actually get to brew two completely separate beers with unique traits and their own identities, and then blend them together to create a beer that takes on some of both, but also has a life of its own,” Sean Brennan, the senior brewer at the Guinness Open Gate Brewery said. 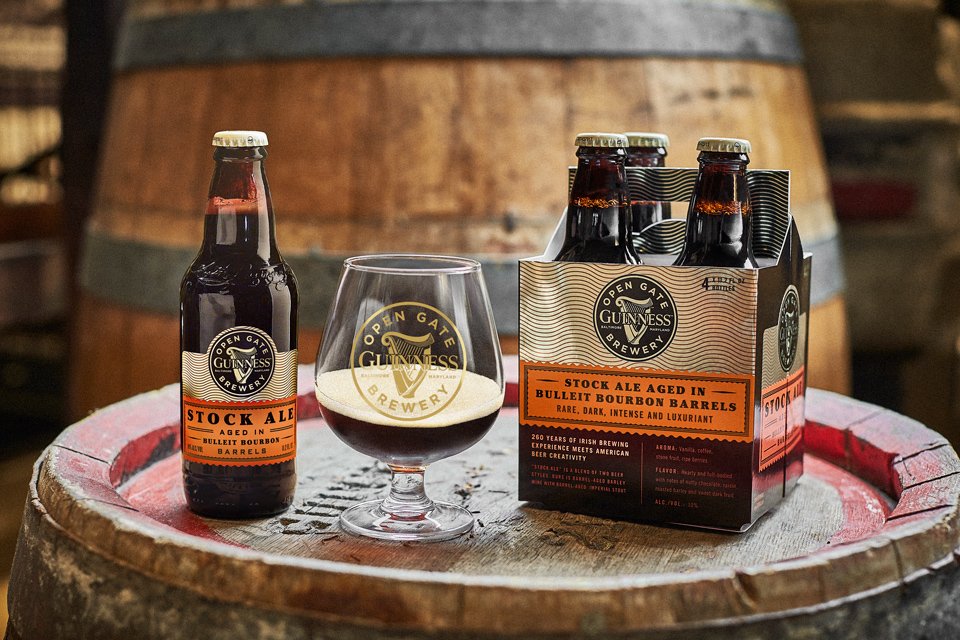 “When you consider all of the flavours coming from the wood of the barrels thanks to Bulleit’s subtle spice and oaky richness, there’s a lot of powerful influences to take note of and process in the final beer. As we say, it’s one to sip.”

The Guinness Stock Ale Aged in Bulleit Bourbon Barrels is already available on tap at the Open Gate Brewery in Baltimore.

It will be sold in four packs in stores across the US as of November 15, with a recommended retail price of $19.99.

It comes hot on the heels of the brewery’s previous US-only creation, the Guinness Over The Moon Milk Stout.