THE MINISTER For Health has found himself at the centre of controversy after new rules regarding the operation of restaurants and pubs which sell food did not go down well.

The Minister was attacked by publicans, restaurant owners and their unions, as well as members of his own party, Fianna Fáil, for the introduction of the new rules, which some have compared to the rules in the society of George Orwell's book 1984.

Under the new legislation, restaurants and pubs must take the names and numbers of everyone who enters and eats in the premises, not just one person in the group as has been the norm since the businesses reopened.

Owners must keep a record of this information on-hand for at least 28 days in the case of a Garda inspection to ensure pubs are serving food with alcohol and that customers are not staying too long.

Under new legislation voted in by the Government earlier this week, Gardaí now have the power to close down any pubs which appear to be repeatedly violating the new rules. 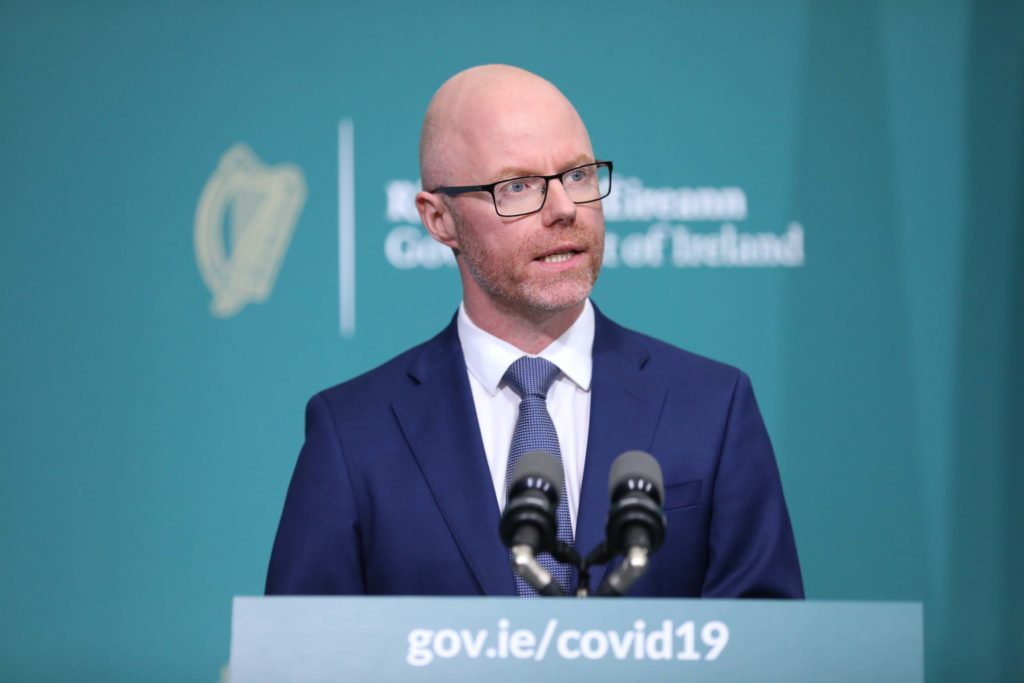 Health Minister Stephen Donnelly has been criticised by publicans and restaurant owners for the new restrictions, which have been called 'Stasi' and 'police state' measures (Photo: Julien Behal / RollingNews.ie)

Fianna Fáil backbench TD Marc MacSherry sent a furious text to members of the party stating the new guidelines, which he referred to as "Stasi", were "a step away too far"

"I appeal to all of you to urgently reverse this authoritarian and unnecessary nonsense.

"Today's guidelines as published are ridiculous," he wrote.

"I just text collectively in hope and desperation that collectively you will urgently address the police state restrictions announced today.”

Pádraig Cribben, Chief Executive of the Vinters Federation of Ireland, said the rules were "crazy" and "bureaucracy gone mad".

"Not only is it too impractical for our members to implement but why does the Government think this law will help in the fight against Covid? It’s madness.

“We’re all for making customers feel safe in our pubs but this new measure only increases pressure on staff already coping with a host of new safety measures."

A spokesperson for the Licensed Vintners' Association, which represents Dublin pubs, said the new measures were "ridiculous".

"Think of the admin burden this is going to create. How is it going to help protect public health knowing what topping was on a customer’s pizza or what way their potatoes were cooked?"

All Covid-19 restrictions in Ireland should be lifted by Christmas, Health Minister predicts