Celtic celebrate after their 5-0 win over Greenock Morton in the fourth round on Saturday (Image: Ian MacNicol/Getty Images)

CELTIC have been drawn at home against fellow Scottish Premiership side St Mirren in the last-16 of the Scottish Cup.

The Buddies are the only side to beat Celtic in a domestic competition this season, following a 2-0 league win at St Mirren Park in September.

The tie is scheduled for the weekend of February 11. 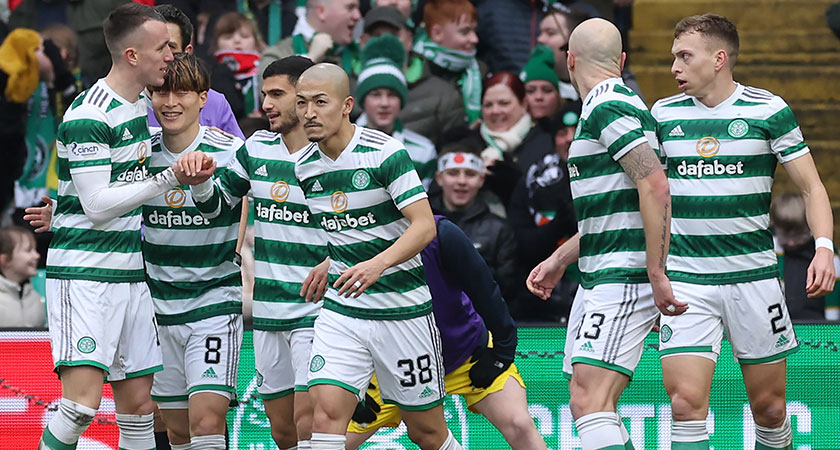 Kyogo Furuhashi is congratulated by teammates after scoring the first of his two goals against Morton (Image: by Ian MacNicol/Getty Images)

Celtic progressed to the last-16 following a 5-0 rout of Championship side Greenock Morton in the fourth round on Saturday.

Aaron Mooy (2), Kyogo Furuhashi (2) and David Turnbull were on the scoresheet for Ange Postecoglou's side.

St Mirren, meanwhile, were taken to penalties by Championship outfit Dundee after a goalless 120 minutes, winning the shootout 3-0.

Northern Irish goalkeeper Trevor Carson was the hero for the Buddies, saving all three of the Dark Blues' spot kicks.

The sides' most recent meeting in the Scottish Cup was a 4-1 win for Celtic in the quarter-finals of the 2016/17 competition at Celtic Park, with the Hoops going on to beat Aberdeen in the final.

St Mirren's most recent win over Celtic in the competition was a 1-0 victory at St Mirren Park in the quarter-finals in the 2008/09 season.

The last of the Buddies' three Scottish Cup wins came in 1987 when they defeated Dunfermline 1-0 after extra-time.

Celtic have won the competition 40 times, their last success coming in the 2019/20 competition, which was held in December 2020 after being delayed due to the Covid-19 pandemic.

After drawing 2-2 with Hearts after 90 minutes, the game finished 3-3 after extra time, with Celtic winning 4-3 on penalties. 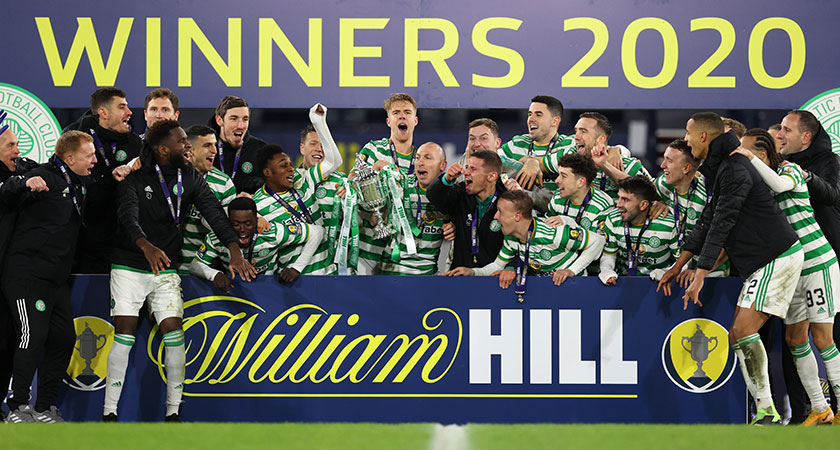 Celtic last won the trophy in the 2019/2020 edition of the competition, with the final delayed until December 2020 due to Covid-19 (Image: Ian MacNicol/Getty Images)

At least six Premiership sides will join Celtic and St Mirren in the last-16, including Dundee United, Hearts, Kilmarnock. Livingston, Motherwell and Rangers.

It is one of five fourth round ties yet to be decided, with the weather forcing the other four fixtures scheduled for this weekend to be postponed.